Wanda Icardi: No one can say no to PSG 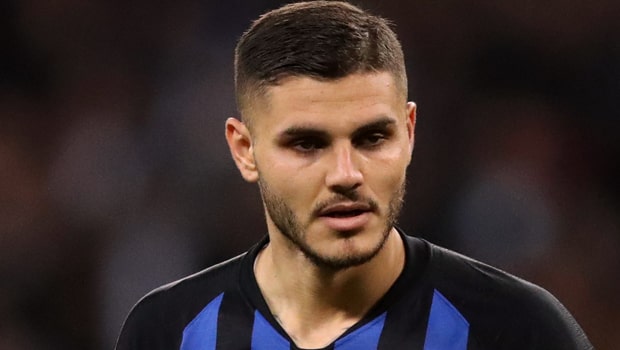 The wife and agent of Argentina international Mauro Icardi – Wanda Icardi has stated how great a club Paris Saint-Germain is, and she stressed that no player could say no to them.

Mauro Icardi, who was surplus to requirements at Seria A side, says Inter Milan completed a season-long loan deal to the French Champions, a deal which includes an option to buy.

His wife, who doubles as his agent, has now shed more light on their adventure in the French Capital noting that they are settling in nicely despite moving to the club on a deadline day switch.

Wanda, who is known for speaking out for her husband while appearing on Sport Mediaset shows Tiki Taka stated that she’s very happy that Mauro Icardi’s debut against Strasbourg went well, as she added that the goal scored by Brazilian star Neymar was crazy.

Despite the inability of Icardi to make the starting eleven as he made his debut from the substitutes’ bench, Wanda, however, revealed that she’s glad that there was a great welcome for Mauro Icardi as the fans supported the team from start to finish.

The wife to the Argentine forward also revealed that Mauro’s name pronounced in French gave her a great buzz as it’s a great opportunity for him.

Despite many offers from teams across Europe, Icardi’s decision to join Thomas Tuchel’s team according to Wanda is because they’re a top club and their children are very happy with the move, she declared that no one could say ‘no’ to Paris Saint-Germain because out of all the possible destinations, they were the best in a logistical sense.

She added by saying that a little while, Mauro Icardi was riding a scooter all over Paris and he sent her a photo which indicates that he’s very happy.

Icardi will be hoping to get his season up and running as he aims to secure a starting shirt when his side takes on Spanish Giant Real Madrid in their Champions League match at Parc des Princes.

Mauro Icardi is available at 8.00 to emerge as top scorer in the Ligue 1, while his teammate Neymar Jr. is fancied at 4.80.