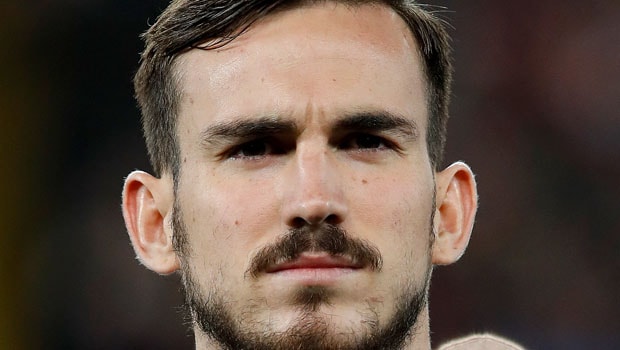 Reports have emanated from Spain that Real Madrid wants the service of Spain midfielder, Fabian Ruiz, who is currently contracted to Napoli.

According to sources in Italy,  Napoli is not interested in selling creative midfielder, who joined them in the summer of 2018 for 30m Euros.

He has won the heart of the coaches of the team, and he has been a starter. This has practically doubled his value.

Spanish media, Mundo Deportivo, and AS reported that the Galacticos are in front role ahead of their fellow Spanish giant, Barcelona for the signature f the 24-year-old, and the 12 times champions league winners are preparing a big offer.

If he favours a move to the Catalona, Ivan Rakitic, who has been having a torrid time in Barcelona, might be part of the deal. The Croatian has been linked with a host of clubs in the Serie A.

Although they might not be interested in selling him now, La Gazzetta dello Sport understands that Napoli won’t be able to say no to a massive sum of money which clubs like Real Madrid and Barcelona can tender.

Ruiz, who is part of the Spanish national team, is also on the radar of an English club side, Manchester City and German champions, Bayern Munich.

In the current season, Ruiz has scored three goals and contributed two assists in 32 competitive games for Napoli.

According to reports, Mertens is unlikely to extend his contract at Naples,  which could pave the way for the Nerazzurri to get his service for a low fee, and they are reportedly ready to offer a superior salary package.

He was initially closed to penning a new deal before the corona pandemic stalled conversations with Napoli President Aurelio De Laurentiis.

With his contract to expire this summer, Sport Mediaset reports that Mertens may likely leave Naples.

Other clubs interested in signing him include Manchester United, Arsenal, and Chelsea. But the Belgian is likely to remain in Italy, and Inter appears to be his next destination with a two-year €6m per season contracts with an option for a third year reportedly awaiting him.