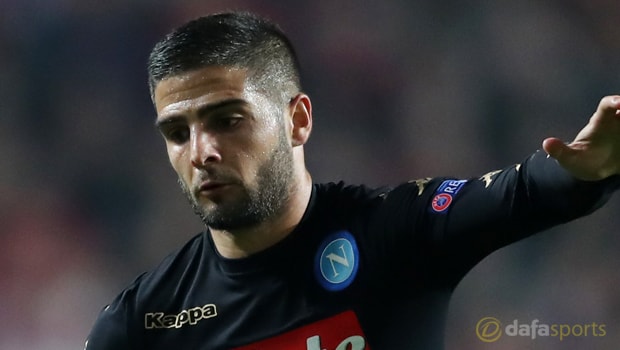 Lorenzo Insigne admits Napoli will need to start the season strongly if they are to win Serie A this season.

The Partenopei have enjoyed a renaissance in recent years, re-establishing themselves as one of Italy’s leading clubs but they along with Roma have failed to break Juventus’ stranglehold.

Maurizio Sarri’s men were the Scudetto’s top scorers last term and with a bit of tweaking at the back, could well add the five points they finished behind Juve during the 2016-17 campaign.

Insigne was born and bred in Naples and bringing success to the San Paolo would be especially poignant for him.

The 26-year-old feels the club are heading in the right direction and believes a strong start could see them win Napoli’s first title since 1990.

“We have the Scudetto dream, just as the Coach, our teammates and fans,” Insigne said at a Q&A during their pre-season training camp.

“We want to build on the latter part of last season, as we set some really good foundations.

It’s still a little early to talk about the Scudetto, but we are ready. “Being Neapolitan and wearing this shirt is indescribable.

Every time you pull on the jersey, you feel it the same way. I am always a little more fired up when playing at the San Paolo.

“I hope we can repay the faith of the fans and bring victory to Napoli.

This season we want to start strong.” As well as domestic glory, Napoli are also in the Champions League, a competition they are 51.00 to win, with Barcelona the current 5.50 for the tournament.