Posted by Ayotunde Omolayole on September 25, 2019 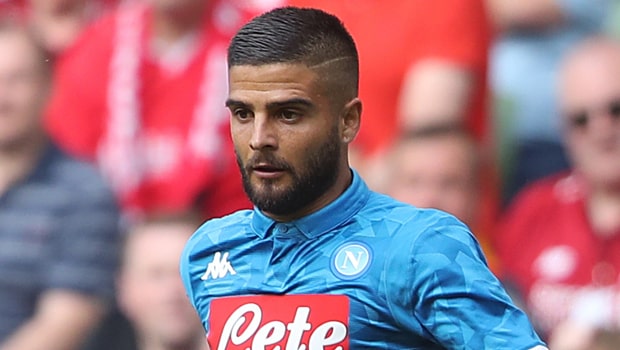 SSC Napoli will be going into matchday 5 of the Italian league season seeking their third straight win when they host Sardinian side Cagliari Calcio at the Stadio San Paolo on Wednesday, September 25th, 2019.

The Partenopei have made a flying start to the Serie A season winning 3 of their opening 4 fixtures. Napoli coach Carlo Ancelotti has so far crafted a very attacking side who are the League’s leading goal scorers with 13 goals. Goals have been evenly spread. Italian Forward and Club Captain Lorenzo Insigne has led by example scoring 3 goals so far. Belgian Striker Dries Mertens has also been lethal in front of goal for the Neapolitans having also notched up 3 goals in the ongoing season.

The addition of new signing Spaniard Fernando Llorente also looks so far to have paid off. The new surroundings seem to have invigorated the Spanish international who has been a perfect foil for Mertens and Insigne. The Former Tottenham Hotspur FC striker has already scored 2 goals this season, equaling the same number of League goals that he scored during his time with his former club. He, alongside his teammates will be hoping to add to their tallies when they take on their hard fighting Sardinian opponents Cagliari.

A repeat of last week’s 4-1 hammering of US Lecce would be uppermost in the minds of the Napoli faithful as their team seeks another win to close the gap on league leaders Internazionale Club de Milano.

The Rossoblu have had an interesting season so far, unfortunately making the headlines for the wrong reasons following the Romelu Lukaku racist abuse news storm surrounding the club.

Cagliari Head Coach Rolando Maran will be hoping his side can continue to put off-field distractions behind them as they travel away to face a formidable Napoli side. The islanders are enjoying a mini-renaissance winning two back to back games on the bounce having lost their first two league matches of the season.

Striker Giovanni Simeone has been in good form scoring a goal each in his last 2 matches. Coach Maran will be looking to Giovanni to replicate his goal-scoring form and inspire his team to get a positive result against their hosts.

Coach Maran will, however, be concerned about his side’s defense. Cagliari have yet to keep a clean sheet this season and will be wary of facing a free goal scoring side like Napoli. The match kicks off at 8 PM in the evening.

Napoli are priced at 1.22 to come out victorious against Cagliari. While Cagliari are available at 13.14, while a draw is backed at 7.30.