Posted by Olumide Akinnifesi on September 25, 2019 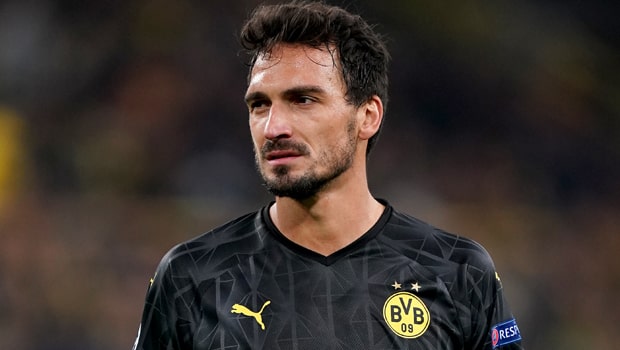 Today, we take a look into the camp of Borussia Dortmund about their latest injury updates, and their availability of players fit to play in the next match which will see Dortmund take on Werder Bremen this weekend in the Bundesliga.

The colossal injury news after the game against Frankfurt is undoubtedly the injury to Mats Hummels. Hummels went off after 60 minutes with a back injury, and it really affected their defense. However, this is not to say, if Hummels remained on the pitch, they wouldn’t have conceded a goal. But there is this stability, leadership, and organization he brings to the backline.

Hummels has been in an excellent form ever since rejoining the club from Bayern Munich this season. He is by far Dortmund’s best central defender in all aspects. But his most significant contributions come into play when the ball is at his feet. It will be a massive blow for Dortmund if Hummels misses any necessary period of this time where they are looking to push for the Bundesliga and continue their fine form in Europe’s competition.

However, they can have something to cheer for, as Lukasz Piszczek has fully recovered and has no issues in training.

Also, Mateu Morey is back fully fit from his dislocated shoulder. It will be interesting to see the kind of chances he (Morey) will get this season after he was impressive during the pre-season.

Dortmund will be looking forward to having some reinforcement now and hopefully again in the future, which looks great. As it stands now, Dortmund side needs a bit of rotation. Though Lucien Favre hasn’t fancied rotation as he’s found his favorites, the game against Frankfurt is a clear indication that some changes are needed.

Borussia Dortmund will face Werder Bremen in their next Bundesliga fixture. The likely high scoring encounter is favoured at 1.87 to finish with over 3.5 goals. While it is priced at 2.03 to finish with less than 3.5 goals.