Posted by OLADIPUPO MOJEED on October 1, 2021 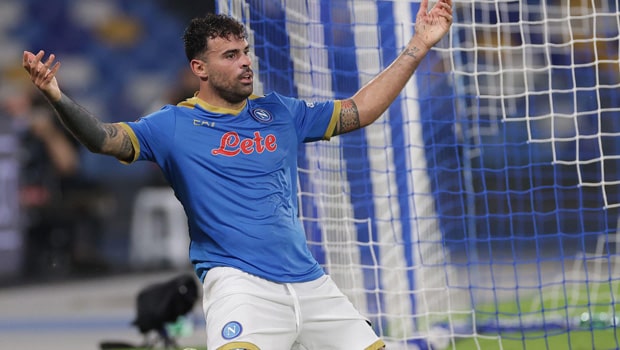 Russian Premier League side Lokomotiv Moscow has recorded a shocking win over Napoli in their day 2 Europa League game at the Diego Amando Maradona Stadium on Thursday.

Napoli took the lead after just 11 seconds. The tie became an interesting one after Mario Rui got himself sent off before the half-hour mark.

Meanwhile, Legia Warsaw secured an important three points against the English side, Leicester City. The result in Poland leaves the Europa League group very open for all.

With an almost a full-strength side for the must-win game, Partenopei, which drew 2-2 away to Leicester City in their opener, will have to win their remaining matches to have a chance of progressing next round.

This is also a good one for Spartak Moscow that had lost 1-0 to Legia Warsaw. One can’t shove the Russian team aside as they fielded former Inter man Victor Moses with ex-Roma striker Ezequiel Ponce.

Napoli broke the deadlock within 11 seconds, profiting from the goalkeeper’s mistake. The goalie couldn’t gather a cross under pressure from Matteo Politano. Without any actual foul or contact, he bundled it into the path of Eljif Elmas, who made no mistake from putting it into the net.

Napoli should have made it 2-0, but Andrea Petagna’s strike was deflected inches wide from Giovanni Di Lorenzo’s cross near the post.

The drama unfolded when Mario Rui was given a straight red card for an incredibly clumsy and ill-advised tackle on Victor Moses. After reviewing it on the VAR monitor, the referee had given him a yellow, only to change it to red.

It became an uphill task for the Serie A side with ten men to play for an hour. They continue to threaten as Piotr Zielinski blasted over from 15 yards after a Politano effort was blocked.

With a numerical advantage, Spartak began to get more of the ball. Right-back Kevin Malcuit replaced Lorenzo Insigne before half-time.

Luciano Spalletti, in his pro-active approach, introduced Victor Osimhen and Andre-Frank Zambo Anguissa for the second half, but that didn’t help as Spartak restored parity in the second half.

Moses, a former Nigerian international, pulled back from the by-line on a corner to find Quincy Promes, who drilled in with the aid of a deflection off Kalidou Koulibaly from 12 yards.

The visitors continued from where they stopped as Moses became a thorn in their flesh. The Nigerian crossed to Sobolev’s head, but he couldn’t keep his header down.

Spartak eventually got into the lead ten minutes before the end of the regulation time through Mikhail Ignatov.  Ayrton on the left rolled across, which eventually went to Ignatov after a dummy into the near bottom corner from the edge of the box.

Spartak also finished the game with ten men as Maximiliano Caufriez was issued a red card after receiving his second yellow card for hacking down Osimhen yet again.

The third goal will eventually come from Spartak Moscow when Sobolev beat the offside trap and rolled across for Promes, who was free.