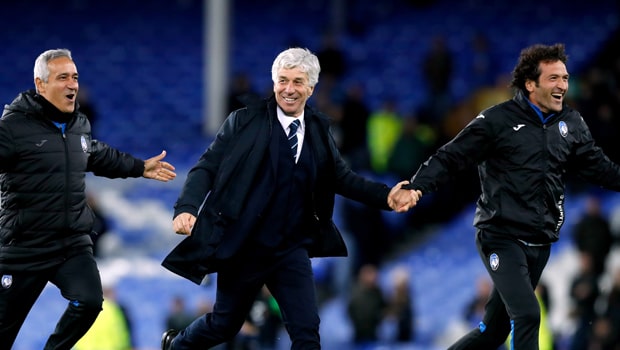 The draws for the group stage of this season’s UEFA Champions League will be held in the beautiful principality of Monaco on Thursday the 29th of August 2019.

This is the first time Atalanta will qualify for the Champions League. The Bergamo based side achieved this feat by finishing 3rd last season in the Italian league qualifying automatically for Europe.

The debutantes hope to make positive impressions, especially considering the kind draw. The Gian Piero Gasperini led side are drawn in group C alongside Premier league Champions Manchester City F.C, Ukrainian powerhouse Shakhtar Donetsk and Croatian side Dinamo Zagreb. The Italians will fancy their chances of advancing out of the group with favorites Man City.

Italian Champions Juventus are in group D alongside Spanish giants Athletico Madrid last season’s opponents in the second round of the Champions League. German side Bayer 04 Leverkusen and Russians FC Lokomotiv Moscow complete the group. The Old Lady will be confident in progressing out of the group conversely hoping to go one better and win the whole competition itself after losing two finals within the past five years.

Napoli are drawn in Group E alongside familiar foes Champions of Europe Liverpool. The Naples side will expect to progress further in the competition but will have group opponents Belgian Side K.R.C Genk and Austrians FC Red Bull Salzburg to contend with first.

Drawn in Group F with Czech side SK Slavia Prague, the three-time former winners hope to navigate safely out of this difficult group and stake a claim to winning the trophy.

Again, it looks like Juventus is the only Italian club that can realistically challenge the dominant English clubs and a resurgent Real Madrid for the Champions League trophy. Not forgetting perennial favorites Bayern Munich and Barcelona who will also feel they stand a chance of winning it as well.

We will watch as this unfolds when the group stage fixtures commence from the 17th-18th, September 2019.