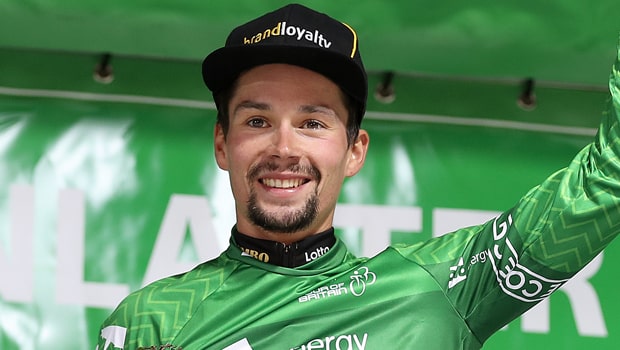 Team Jumbo-Visma’s Primoz Roglic finished first at the 36km race in La Vuelta finishing at a time of 47 minutes 05 seconds in a race which had its full course entirely in France – an occurrence which is only happening for the third time in the history of La Vuelta.

The Slovenian, who was the bookmakers’ favorite to take the race by storm didn’t disappoint, building on his advantage of the general classification and thus move into the red jersey.

Colombian climber Nairo Quintana announced a move to Arkea-Samsic on Monday and finished in a time of 50 Minutes 11Seconds, a whopping 3 minutes and 6 seconds behind race winner Roglic – a performance which may just depict a decline underlined by the move to the lower level team.

The 2016 Champion Nairo Quintana was sub-par and disappointing by his standards, despite the fact that he went into the stage in red, looking uncomfortable in the aerodynamic position during the latter stages of the race. He will now need to recover much time in the mountains over the coming days.

In the overall classification ranking after today’s race, Roglic leads Movistar’s Alejandro Valverde who now sits in second by 1’52”, Astana’s Miguel Angel Lopez 2’11” is placed third while Quintana is rooted in fourth, 3’00” off the lead.

Race winner Roglic showed his happiness on his performance and how the race panned out; “Every time trial you try to do as fast as possible, and it was the same mission today. I’m happy with the performance for sure. I just tried to go all the time as fast as possible, and yeah, it was enough at the end “. “We’ll have to wait until Madrid [to see if I win]. For sure I won today, but we’ll have to go day by day.”

The race will continue with Stage 11 when it returns on Wednesday with a 180-kilometer distance stretching from Saint-Palais to Urdax through Basque Country.