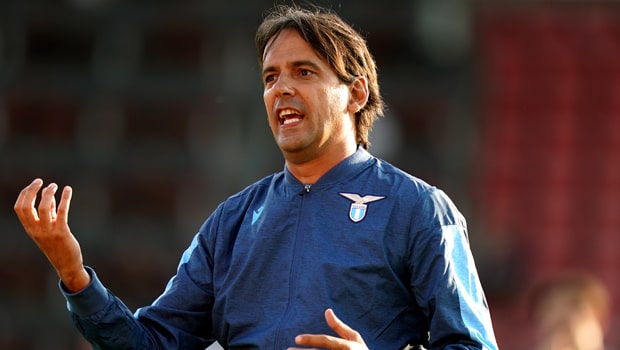 Lazio fans’ actions in the team’s Europa League second group stage match where there was a series of racial discrimination could alter the travelling plans of Celtic Fans ahead of The Bhoys visit to Lazio next Thursday.

UEFA, last week charged the Italian club for racist behaviour and had scheduled a hearing with the UEFA disciplinary committee for last Thursday but was rescheduled till today.
However, the committee once again moved the hearing citing time constraints problems which could mean a verdict may only come on Wednesday.

Potentially, the Rome based club side could be hit a stadium ban, meaning that their next Europa League game may happen behind closed doors.

This is not the first time that Lazio would be sanctioned for racial behaviour by fans, the team have been handed a partial closure of their Stadio Olimpico stadium, and after fans were seen making fascist salute in their victory over French Ligue1 side Rennes, a stadium closure may just be inevitable.

Meanwhile, should a stadium closure occurs, it will put a lot of Celtic Supporters who have picked the majority of their allocated 9000 tickets in disappointment. Although, fans could be compensated many fans of the Bhoys fans could lose a lot of money already used on travel bookings

The Biancocelesti are already using that angle to land a lenient punishment while also trying to convince UEFA by revealing proofs of ongoing steps to find and punish every fan responsible for racial behaviours.

Aftermath yesterday’s racial discrimination from Bulgaria fans in Sofia yesterday in the game against England, UEFA’s Control Ethics & Disciplinary body has been vigorously engaged leading to charges for the English FA and the Bulgarian Football Association.

Celtic sit atop of Group E in the Europa league with Four points from two games, playing out a 1-1 draw against Stade Rennes in the first game and beating Romanians CFR Club 2-0 in the second game.

Lazio is backed at 1.75 to top the UEFA Europa League Group E table, while Celtic FC is priced at 3.45.