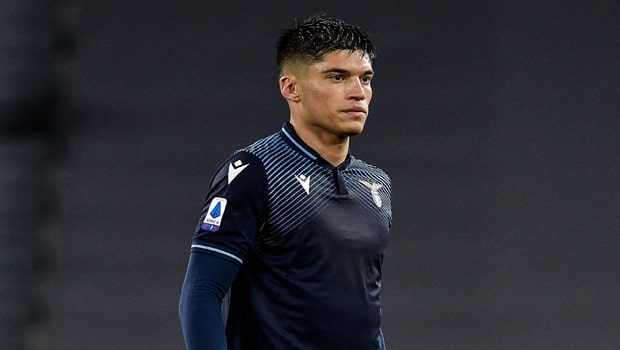 Inter Milan has secured the signature of Joaquin Correa on an initial loan deal which could be made permanent next season.

Inter had made the Lazio forward a priority. The management had listed Torino skipper Andrea Belotti as an alternative should Lazio refused to let him go.

After the departure of Achraf Hakimi and top striker Romelu Lukaku to Paris Saint-Germaine and Chelsea, respectively, Inter is trying to stay in contention for the Scudetto they have to defend after winning it last season.

With the addition of the Argentinean striker, it’s indeed a sign that they are ready to defend the title against the likes of Juventus and AC Milan.

Meanwhile, Lazio has revealed the deal’s official figures via a statement posted on the stock exchange.

According to the Biacocellesti, Correa joined the defending champions on a temporary deal costing €5m plus VAT, which can be paid in three instalments. There is also a variable of €1m related to performances payable in one year.

It further revealed that the Nerazzurri would have an obligation to make a move permanent once the Argentine meets the stipulated conditions by paying €25m + VAT payable in three years.

Ahead of the weekend clash, Correa has arrived at Inter’s training ground on Thursday morning. Therefore, he is expected to be in contention for a spot in the Serie A clash against Hellas Verona.

Before leaving Lazio, the 27-year-old  winger scored 30 goals in 117 appearances in his three-year spell at the Stadio Olimpico, having played every game under Simone Inzaghi, who is now with the champions.

This is, therefore, a reunion with the former Lazio manager at the Stadio Giuseppe Meazza.

With his talent, Correa is expected to be a thorn in the flesh of Serie A defenders, having proved his mettle with Lazio. He is also expected to form a good partnership with a countryman, Lautaro Martinez.