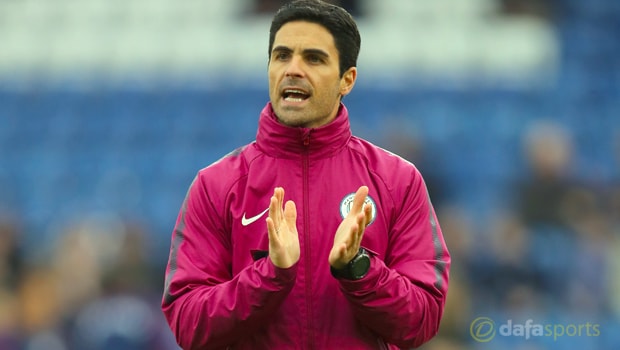 Wenger, who won three Premier League titles with Arsenal, stepped down after 22 years at the club and the Gunners are now conducting a thorough search for the Frenchman’s replacement.

Several names have been linked with the position, including those of Juventus chief Max Allegri and ex-Bayern Munich boss Carlo Ancelotti, but it appears one name is currently leading the way.

City assistant Arteta, who played at the Emirates from 2011-2016, is said to be in pole position and a return to his former employers could be on the cards.

Negotiations are thought to be ongoing and, after Patrick Vieira seemingly pulled out of the running after describing contact from Arsenal as a “token gesture”, the job is there for the Spaniard.

Many are wondering whether the 36-year-old is experienced enough to fill the position, having never been the main man before, but Wenger is adamant Arteta can hold his own.

“He has all the qualities to do the job, yes and I think as well he is one of the favourites,” he told beIN Sports.

“He was a leader, and he has a good passion for the game and he knows the club well, he knows what is important at the club and he was captain of the club. Why not?”

Arsenal will once again have to settle for Europa League football next term, having finished outside of the Premier League top four this season, and the new man in charge will be tasked with the getting the club back into Europe’s elite competition.

Domestically, a stronger challenge for league glory will be needed and the Gunners are a 26.00 shot to lift the trophy whilst City are firm 1.67 favourites to retain their crown.