Posted by Mojeed Oladipupo on September 10, 2019 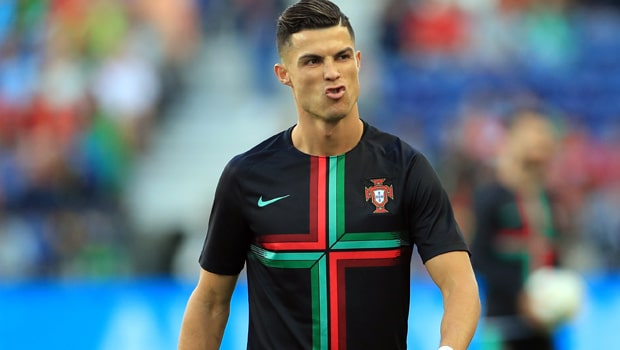 The Juventus forward who has been urged by Juventus manager, Maurizio Sarri to set a new scoring standard in Serie A has the chance to break Keane’s record of 23 goals in Euro qualifiers against Group B bottom side, Lithuania which on Tuesday.

Ronaldo had already scored his 21st goal for Portugal in a 4-2 win over Serbia at the weekend.

If the former Manchester United and Real Madrid forward scored a hat-trick against Lithuania, he will overtake the Republic of Ireland legend.

The record holder, Keane who took to his Instagram page to speak on the feat said the Portuguese superstar is closing in.

With 89 goals for his country, the Portugal captain opened his Serie A account for Juventus this season with a goal against Napoli before the international break.

His fellow teammate, Gonzalo Higuain is holding the Serie A goalscoring record with 36, which he netted for Sarri’s Napoli in 2015-16.

Sarri had already charged Ronaldo to score more than 40 goals this season which he has answered in the last match with Serbia.

Meanwhile, Norwich City FC striker, Teemu Pukki has continued his goalscoring streak for his country, Finland, finding the back of the net against Greece and Italy in the European qualifiers.

This means that Ronaldo might need to net that many to overtake the Finnish striker, who was last season’s Championship Player of the Season.

With promotion to the English top tier; Premiership, Pukki has scored 43 goals since the start of the last campaign compared to Ronaldo’s 32. He is also better off in terms of assist than the Portuguese with 11 to 10.

Determined to lead Finland to their inaugural European Championships, Pukki has helped his country to occupy the second spot in the second in Group J behind Italy of the qualifiers.

Speaking on what has been achieved so far, he said it is the dream of his country as they have never been there.

With four games to go in the qualifiers, Pukki said it is something Finland wants as the country have a good chance but need to get some more points.