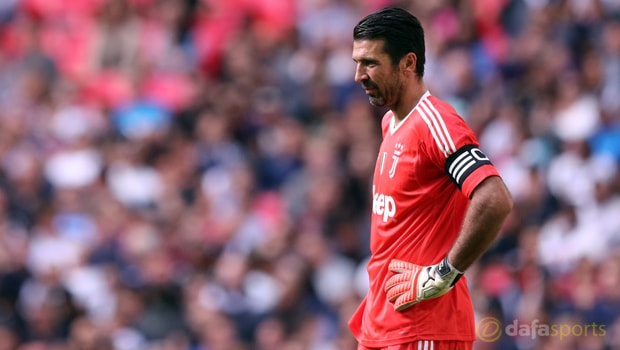 Juventus keeper Gianluigi Buffon says winning the Champions League would be the only way to improve his CV after confirming he will retire at the end of the season.

The 39-year-old boasts an incredible record, with 10 Scudetto titles, a UEFA Cup and a World Cup amongst his medal collection but so far the top club prize in European football has eluded him.

It has not been for the want of trying, though, having lost in three Champions League finals, including two in the last three years.

However, he has now confirmed that this will be his last shot at the trophy and that he will hang up his gloves after captaining the Azzurri at next summer’s World Cup in Russia.

Despite his age, Buffon’s performances have not diminished and he was named Goalkeeper of the Year at the Fifa Pro awards on Monday.

With Wojciech Szczesny waiting in the wings as back-up at Juve, he feels it is the time to step aside and call time on his brilliant and illustrious career.

Buffon admits there is very little that could convince him to continue playing, although he says he will give it his best shot to win the Champions League.

“This is my last season and I’m pretty sure of the choices I make,” he told Sky Italia.

“One or two more years wouldn’t add or take away from what I’ve already achieved. “The only way would be to win the Champions League.

At that point, to try to win the Club World Cup, maybe (Wojciech) Szczesny could play one game and me another.

“But I think with a goalkeeper like him behind it is normal that next year I’ll stand aside.”

Juventus are 17.00 to win this season’s Champions League and 2.30 for another Serie A title.