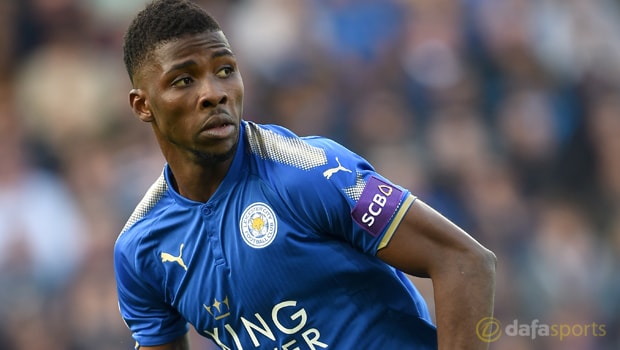 Kelechi Iheanacho has promised the Leicester fans to expect more from him after he scored his first goal for the club on Tuesday.

The Nigerian was the Foxes’ big summer signing, joining from Manchester City for a reported £25m, but he’s struggled to fire early on due to a toe injury.

Leicester’s poor run eventually led to boss Craig Shakespeare being given the sack but caretaker boss Michael Appleton has since overseen two victories.

The second of those came in the EFL Cup, where Iheanacho netted his first for the club in equalising Pablo Hernandez’s early strike which had put opponents Leeds ahead.

He then assisted Islam Slimani for his side’s second before Riyad Mahrez rounded off the 3-1 win late on.

Sunday sees the Foxes welcome managerless Everton to the King Power for a game they are 2.20 to win, with both the draw and the Toffees 3.40.

Iheanacho admits he is glad his fitness problems are now behind him and has promised the fans plenty more goals after finally opening his account.

“I’m pleased to get on the scoresheet today,” Iheanacho told LCFC TV.

“It was a great game and I’m happy to play 80 minutes and we’re happy to win the game and go to the next round.

“It was a great goal so I’m happy to get a goal and help the team to go to the next round.

“It means a lot to me. I’m happy to get my first goal and I hope there are many more to come in the future.”

He added: “I’m fully fit now so I’m happy to get my fitness back,” he said.

“I’m working really hard in training so we hope for more success to come and no more injuries.”