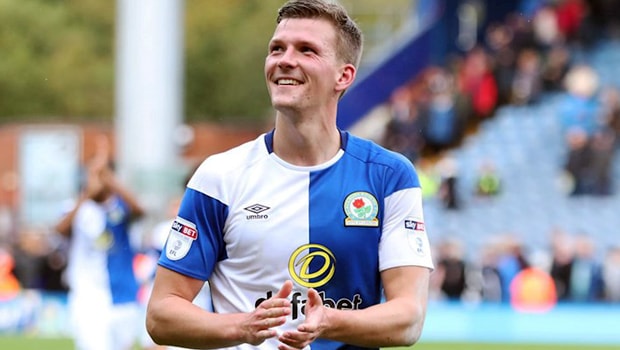 Paul Downing believes winning at Wigan on Saturday would send out a huge message to Blackburn’s League One rivals.

Rovers head to the DW Stadium on the back of Saturday’s 3-0 win over Portsmouth and, after a difficult start, seem to be finding some form ahead of the long winter months.

The Latics currently sit second, two points off leaders Shrewsbury, but are the 1.36 favourites to win the division.

Beating them on Saturday would help Tony Mowbray’s men “lay down a marker”, according to Downing, and they are 4.33 to claim the points while the draw is 3.40 and the home side 1.85.

The defender is again likely to partner Charlie Mulgrew in the heart of the back four and is clearly raring to go.

Speaking ahead of Saturday’s clash, the 25-year-old has urged his team to put on a performance against a side he admits will be right up there come the business end of the season.

“I’m looking forward to the Wigan game. I think they’re flying high but we want to put down a marker,” Downing told the club’s official website.

“We’ve had some good wins this season, but if we can go there and get three points, if we’re hungry, people will stand up and take note.

“We need to rest up, go ahead, and get ready to beat Wigan.

Obviously, we’ve got high expectations to be at the top end of the table, so we need to beat these teams.

“We respect them and know they’re in good form, but we want to go there and play our own game. If we do that, there aren’t too many teams in this league who can stop us.”