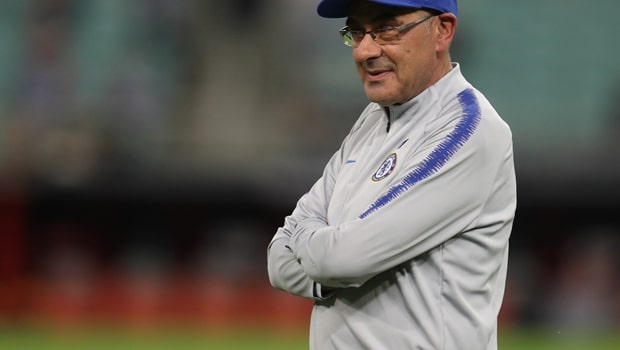 New Juventus manager Maurizio Sarri says taking over as boss in Turin is the ‘crowning achievement’ in his career.

The Italian left Chelsea recently after a year in charge, during which he won this first major trophy via a 4-1 win over Arsenal in the Europa League final in Baku, to return to his homeland.

Taking over at ‘the best Italian club’ will come with pressure as Sarri attempts to build on the work of Massimiliano Allegri, who left at the end of the season with Juventus having been crowned Serie A champions for the eighth successive time. The former Napoli boss is looking forward to pouring himself into the role.

“For three years (at Napoli) I would wake up and think about how to defeat Juventus, because they were a winning team,” he said. “I gave 110 per-cent, but we still couldn’t do it. It was an experience and I will now give everything for this club.”

Sarri signed a three-year deal at Chelsea last summer and, despite Blues fans questioning his methods at times, he led them to third place in the Premier League, a Carabao Cup final and, in his final game, Europa League glory last month.

He says he gave his all in the Stamford Bridge hotseat, but felt the time was right to return to Italian football.

“Juve are the best Italian club right now and offered me a chance to return to Italy. It’s the crowning achievement of a long career, that for 80 per cent of it was extremely tough,” he said.

“The Premier League was a great experience, but in the latter half (of the season), I felt professional and personal needs to return to Italy.

“I feel that I have respected everyone and I gave my all.” Juventus are 1.75 to win Serie A next term, with Antonio Conte’s Inter Milan 5.50 and Napoli priced at 6.50.