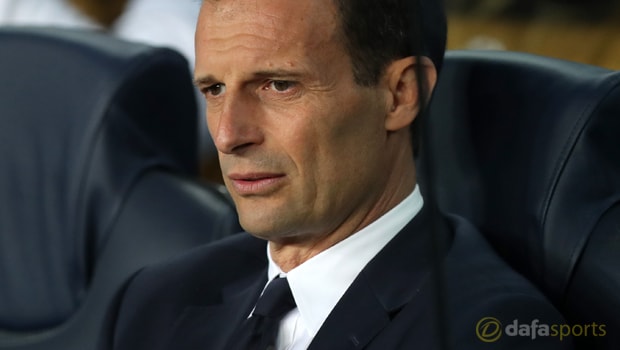 Massimiliano Allegri insists he is unconcerned by Juventus’ record in Champions League finals as he believes it is always an “incredible” achievement to reach the showpiece event.

Juve have only won two of the eight finals they have contested in Europe’s premier club competition, losing the last four, including their most recent defeat to Barcelona in 2015.

Allegri is refusing to look at that record in a negative way, however, as he believes it is fantastic to have reached so many finals.

I’m delighted to be in the final and I feel fortunate to be leading a team out in Cardiff on Saturday.”

Despite his optimism, Allegri does not believe his side are favourites for this year’s final against Real Madrid, particularly as Los Blancos are the defending champions and will be contesting their third final in four years.

“We’re right to be optimistic, but I don’t think it’s fair to say – as I’ve been hearing recently – that Juventus are favourites,” Allegri added.

“Real are in their third final in four seasons and are used to this stage of the competition as are we with our second in the space of three years.”

Juve were last crowned champions of Europe in 1996 and they are priced at 2.00 to claim glory in Cardiff on Saturday. Real are available at 1.80 to successfully defend their title.