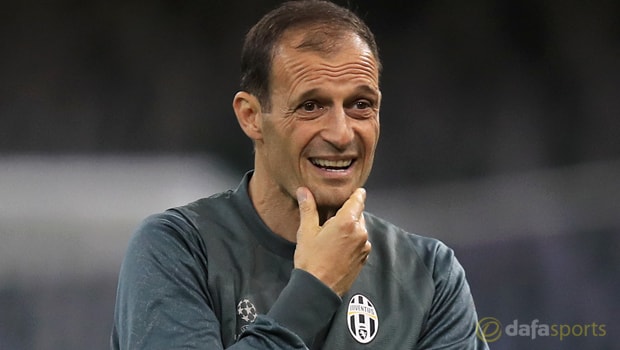 Massimiliano Allegri believes Juventus got exactly what they deserved as they were beaten 3-2 by Lazio in the Supercoppa Italiana on Sunday.

The Old Lady were second best for the majority of the contest at the Stadio Olimpico and they trailed 2-0 heading into the closing stages after a brace from Ciro Immobile.

Paulo Dybala looked as though he’d saved the reigning Serie A champions‘ blushes when he netted twice late on, but Lazio substitute Alessandro Murgia then scored what proved to be the winning goal in the third minute of stoppage time.

Allegri was understandably disappointed after the match, but he was making no excuses, as he believes Juve thoroughly deserved to lose.

He told the club’s official website: “I am sorry to lose like that but it is not an excuse for our bad performance.”

The 50-year-old is now hoping the defeat can act as a wake-up call, as Juve will kick-off the defence of their Serie A title when they take on Cagliari at the newly named Allianz Stadium on Saturday.

“In the championship we will not and cannot be the same,” he added.

“This defeat brings us back to the ground. Winning is not easy.

“Some of us are not yet in shape. I knew it would not be easy.

The season has just begun and it will certainly not be a simple one but we will see a different Juve, starting from Saturday.”

Juve are priced at 1.17 to begin the new league season with a victory, while Cagliari are available at 19.00 and the draw is on offer at 7.50.