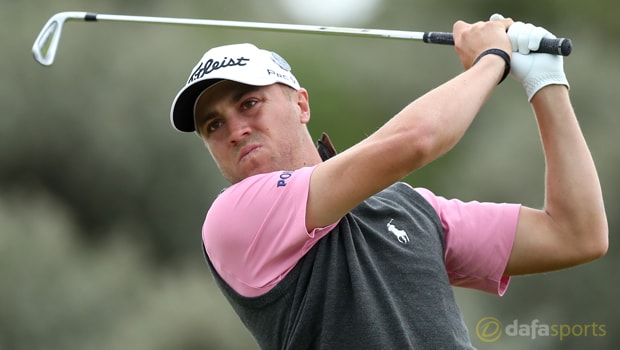 Justin Thomas claimed a two-shot victory in the US PGA Championship on Sunday to secure his first ever major title.

The American came into the final round trailing overnight leader Kevin Kisner by two strokes and he fell further off the pace after bogeying two of his opening three holes.

However, the 24-year-old recovered from that early setback as he signed for a round of 68 to finish the tournament on eight-under-par and afterwards he admitted it was difficult to put his delight into words.

“I can’t put it into words right now. I’m glad to have a trophy now,” an emotional Thomas said.

Francesco Molinari (67), Patrick Reed (67) and Louis Oosthuizen (70) ended the tournament as Thomas’ nearest challengers on six-under, while overnight leader Kisner, who had topped the leaderboard for the majority of the week, had to settle for a tie for seventh on four-under.

At one stage of the final day Thomas, Molinari, Hideki Matsuyama, Kisner and Chris Stroud were all tied for the lead, but it was the Kentucky-native who held his nerve over the closing stages.

Thomas, who also challenged for glory at this year’s US Open, has moved up to number six in the world after his victory at Quail Hollow, and he admits he always believed he could win the tournament.