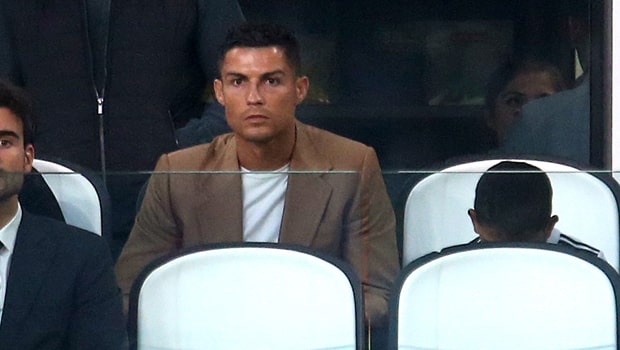 Juventus star Cristiano Ronaldo has been left out of Portugal’s squad to face Poland and Scotland this month, amid ongoing rape allegations in the United States.

Former Manchester United and Real Madrid forward Ronaldo has been accused of rape by Kathryn Mayorga, who says the player assaulted her in Las Vegas back in 2009, an accusation he has denied.

Due to the 33-year-old’s situation, he has been omitted from Portugal’s squad for the UEFA Nations League clash with Poland on October 11 and the friendly against Scotland on October 14.

Andre Silva started and scored in the 1-0 win over Italy last time out and he is expected to be handed another opportunity to shine, whilst Valencia’s Goncalo Guedes is also pushing for a start after looking lively for Los Che this season.

Midfielder Renato Sanches came on as a substitute in the last international game but, after getting back to somewhere near his best for Bayern Munich this term, he could be handed a chance to impress.

After missing Juventus’ 3-0 Champions League win over Young Boys on Tuesday through suspension, Ronaldo is expected to be recalled for the Serie A clash away at Udinese on Saturday.

Massimiliano Allegri’s men, who are six points clear at the top of the table, are firm 1.36 favourites to keep their 100 percent record going, a draw is priced at 4.75 whilst the hosts are 9.00 outsiders to record their first win over the Old Lady since August 2015.