Posted by OLADIPUPO MOJEED on August 9, 2022 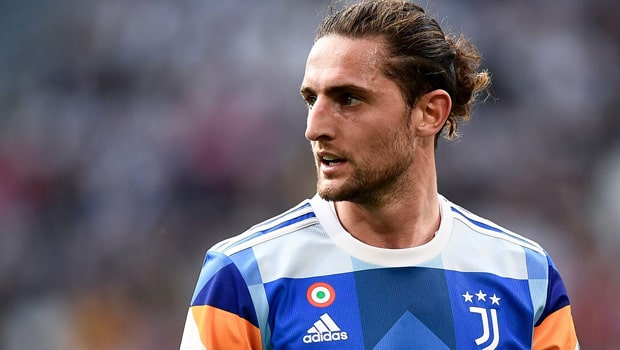 The latest reports in Italy have claimed that Juventus and Manchester United have reached an agreement over Adrien Rabiot’s move to Old Trafford.

According to The Athletic, the Red Devils were strongly interested in the France international.

Since the midfielder has a year left in his contract at the Allianz Stadium, Juventus is looking at cashing out on him in order not to lose him as a free transfer next summer.

These reports were also confirmed by the Manchester Evening News and Sky Sport Italia claim. According to the news sources, the Red Devils must now negotiate with the player’s agent and mother, Veronique.

Being one of the highest earners at the Allianz Stadium, with a €7m-a-year salary, Juventus could also see it as a way of reducing their wage bill after releasing Aaron Ramsey last week.

Since the Bianconeri are open to selling their midfielder, it is believed that negotiation for his sale won’t be stressful.

Rabiot joined Juventus on a free transfer from PSG in 2019. Since then, he has scored six goals in 129 competitive appearances for the Serie A giant.

Since Ramsey is already off their book, Juventus have registered their interest in both Leandro Paredes (PSG) and Davide Frattesi of Sassuolo. It won’t be a surprise if one of them at least moves to Turin if Rabiot reaches an agreement with Manchester United.

Still in the Serie A, since Frenkie de Jong is not interested in joining the Red Devils, they have been heavily linked with Rabiot, who seems to be a cheaper alternative.

Meanwhile, since the departure of De Ligt to Bayern Munich, Juventus have been in the market for his replacement.

Since the Serbia international has already reached a verbal agreement with the Serie A giants, it is now left for them to negotiate with Eintracht Frankfurt.

This means he might miss the European Super Cup if the negotiation between the clubs goes smoothly.

Max Allegri also wants Kostic in Turin in the coming hours so that he will be ready for the first official game of the season against Sassuolo in a week.