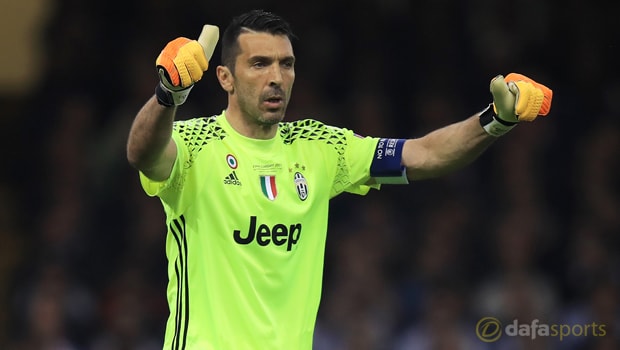 Gianluigi Buffon believes the work done by their rivals means Juventus will find it tougher to win Serie A again this season.

The Bianconeri have enjoyed an unprecedented run of success in recent years, winning a record six straight Scudettos, while they have also dominated the Coppa Italia over the last three years.

Their excellence has allowed the Turin outfit to continually strengthen their squad but it appears other outfits could be closing the gap.

Roma, Napoli and both Milan clubs seem to have added well in the transfer market although Juventus remain the massive 1.67 favourites to win Serie A, with Napoli their closest rivals in the betting at 6.00.

Buffon and his team-mates have recently been on tour in the USA and appeared to grow in both confidence and form as the trip went on.

The veteran goalkeeper believes Massimiliano Allegri’s men will need to draw on all of their strength and experience if they are to continue their recent run of success.

However, the veteran believes the talent and determination within the squad can guide them to another successful season.

“It was a good tour of the US and important for us to find our form towards the start of the season,” said Buffon.

“It’ll be very difficult for Juventus this year because many teams have strengthened, such as Roma, Inter and Milan, while Napoli kept their stars.

“Juve believe in our capabilities, though, in the values that brought us success and think we can still give our best.”