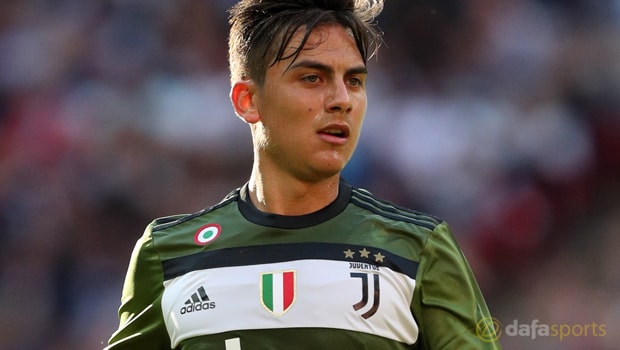 Juventus forward Paulo Dybala says he is delighted with how the season has started for him on a personal note and he wants to keep it going, starting at home to Olympiakos on Wednesday night.

Paulo Dybala says he is delighted with how the season has started for him on a personal note and he wants to keep it going, starting at home to Olympiakos on Wednesday night.

Argentina international Dybala, who joined the Italian champions from Palermo in 2015, has been in fantastic form this campaign and has nearly matched his Serie A goal tally from last season already.

The 23-year-old, who bagged 11 from 31 league appearances last term, has found the back of the net 10 times from just six league matches, highlighting his brilliant start.

He is yet to open his Champions League account this season but that is something the forward will be looking to change when the Old Lady play host to Olympiakos on Wednesday.

Juventus have won all six of their league matches, scoring 18 and conceding just three, although they are being kept off the summit by Napoli, who have a slightly better goal difference.

Dybala, who is yet to score for Argentina, says the start of the season has been fantastic but he is not getting complacent and wants to keep pushing himself to new limits.

“At the moment everything is going my way, and we’re still at the start, I hope to continue like this,” he said.

“I’m in a period of great confidence. I’ve changed mentally, I want to grow and improve to go as far as possible.”

Juventus are firm 1.13 favourites to pick up all three points, a draw is priced at 8.50 while the visitors are the massive 19.00 outsiders to cause a huge shock.

Olympiakos have lost three of the four meetings against the Italian giants, with the Greeks only victory coming in 2014.