Posted by OLADIPUPO MOJEED on September 29, 2021 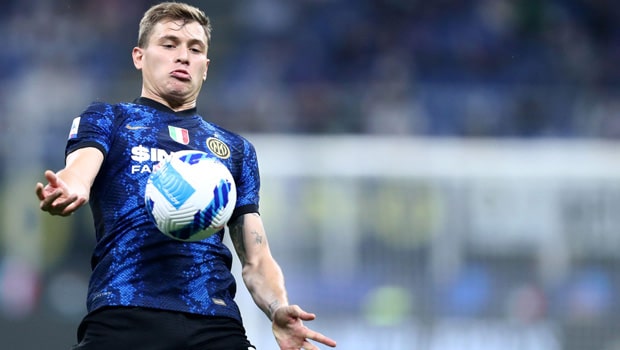 Inter Milan was forced to a 0-0 draw in their Tuesday UEFA Champions League tie against Ukrainian champions Shakhtar Donekst.

Creative midfielder Nicolò Barella had his shot hit the crossbar. There were also two sensational late saves from their goalies to stop Inter from returning to Italy with maximum points.

It could be recalled that both sides lost their openers in the group, making the game against the Ukrainian champions. This made the game a significant one, and they later shared the spoils.

Inter had to change their away kit in the match, removing the snake motif due to UEFA regulations. Unfortunately, Manor Solomon got drilled inches wide of the near post in the opening minutes.

Shakhtar coach Roberto De Zerbi described the with Inter as ‘a prestigious result. He added both sides could have won it.

Skriniar, who insisted that Inter are ‘disappointed’ with a 0-0 draw at Shakhtar Donetsk, pointed out they defended stoutly and lacked something in their game.

Speaking with Skye Sports Italia, Skriniar said it was disappointing to drop points, adding that Shakhtar had their chances too, but his team wanted the three points.

Skriniar was also Inter’s savior as he stopped Shakhtar’s best scoring opportunity. It was a Pedrinho tap-in, but the Croatian miraculously kept it out through an important tackle.

While being pleased with keeping a clean sheet, the Croatian said his team could’ve done something more in the future.

While noting that this Inter side is stronger than last season’s team under Antonio Conte, Roberto De Zerbi said a winning mentality showed during the game.

The attention will now be a focus on their respective domestic affairs till Champions League day 3.