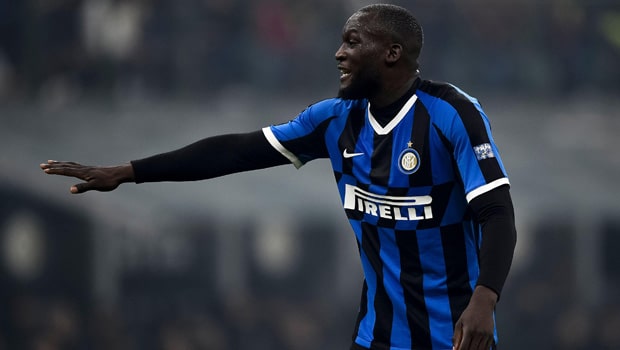 Inter Milan striker Romelu Lukaku has said the Capocannoniere race is not in his mind than for an improved Nerazzurri.

The Belgian, who has been the team’s highest goal scorer this season, played a huge role in the Nerazzurri’s 3-0 win over Genoa, which helps them maintain the four-point gap from AC Milan. Lukaku opened the goals account of the day for Antonio Conte’s men after a minute and assisted Matteo Darmian in the second half.

Sky Sport Italia after the win, the Belgian said the team is improving, adding that being on top of the log is a nice feeling that the team must continue.

While noting that these were the types of game Inter lost last season, the former Manchester United striker expressed excitement with the victory, adding that the focus is on Parma that failed to keep a two-goal lead against newly-promoted Spezia. Lukaku admitted that the game won’t be an easy one.

Confident of the team’s ability, Lukaku said Inter is ready to show its opponents that it has improved from last season. While noting that the team must focus on one game at a time, Lukaku it’s important that the win streak continues. Inter had secured a 3-0 win over city and title rivals AC Milan. Securing another 3-0 victory is a huge boost for them.

They now have the chance to focus on the Scudetto, having been knocked out of the Champions League and the Coppa Italia.

While noting that the three goals and kept a clean sheet kept is perfect, Lukaku said he always wants to improve like many other players like Barella, Bastoni, Skriniar, De Vrij. He believed that being young lads, there is room for improvement.

Lukaku has scored 18 Serie A goals this season. He is a goal behind Cristiano Ronaldo, who also scored against Hellas Verona on Saturday.

However, concerning the highest goalscorer prize, the Belgian said the team’s win is what matters, not individual glory.

After opening the score, Lukaku created a Matteo Darmian before Alexis Sanchez scored the third to take Inter on a roller coaster ride.