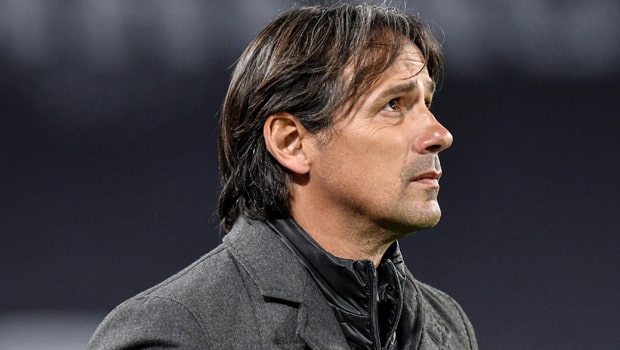 Inter Milan coach Simone Inzaghi has said the Nerazzurri are gradually ‘inserting the returning players’ as he looks forward to celebrating the start of the championship with the fans.

Inzaghi took over from Conte after the former coach left by mutual consent. The first game of the former Lazio manager was a challenging friendly against Swiss side, Lugano, which ended in a 2-2 draw. The Serie A champions eventually won the Lugano Region Cup via penalties.

Danilo D’Ambrosio and Martin Satriano scored Inter, and Ionut Radu saved two penalties in the shootout to secure a win in Inzaghi’s first game with the Nerazzurri.

Speaking after the game, the tactician who admitted it would be a challenging friendly said the guys were very serious but went behind by two goals before restoring parity.

Inzaghi, who praised the lads for their excellent reaction with limited rotations, told Inter TV that he is delighted as they even tried to win until the end. Expressing delight with the reaction and the players’ commitment, he slowly inserted the returning players. Stefan de Vrij and Marcelo Brozovic are the next first team players expected to play for the club.

He further said that his main aim is to prepare his team to be in the best shape before August 22, when they will begin to defend their Scudetto. He added that it would be wonderful to celebrate the start of the championship with the fans that day after the COVID-19 pandemic.

While lauding the Nerazzurri fans for the affection shown towards his team, he also lauded the youth team for providing him with some players, who will have to help until the first team players conclude their holiday break.

Romelu Lukaku, Nicola Barella, Lautaro Martinez, and other first-team players are still on holiday after participating in the European Championship and Copa America.