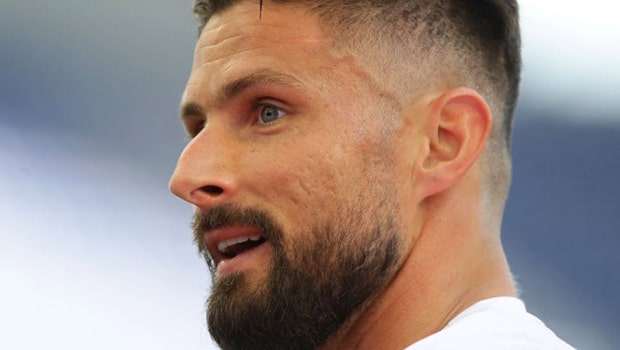 Chelsea and former Arsenal forward Olivier Giroud has joined Italian Serie A side Ac Milan for an undisclosed transfer fee.

The World Cup winner with the French national team in 2018 moved to Chelsea from the Emirates Stadium in January 2018.

He has gone on to win the UEFA Champions League at Stamford Bridge adding to the community shields and FA Cup trophies he won with the Gunners.

Giroud’s exit from the Blues is amidst the club’s desire to bring in a marquee signing in the front line ahead of the new season.

Already Thomas Tuchel’s side is heavily linked with Borrusia Dortmund’s forward Erling Haaland who the German club has insisted won’t be moving at least this summer after Jadon Sancho’s imminent move to Manchester United.

Oliver Giroud had reduced playing time as Chelsea brought Kai Havertz and Timo Werner into the squad last summer. He started just eight Premier League games last season albeit with 11 goals in 31 appearances in all competitions.

Overall, he scored 39 goals in 119 appearances for the Blues as he won the Champions League, Europa League, and FA Cup.

The 34-year-old reminisced his time at the Stamford Bridge while also appreciating his teammates, the club, and its fans.

“Our victories in the FA Cup, Europa League, and Champions League have been magnificent. To all the Blues, to my teammates, to all my coaches, to the whole club, a huge thank you for these special moments.” Giroud said.

Chelsea also wants to get rid of English forward Tammy Abraham whom they offered to Dortmund as part of the deal for Erling Haaland.

Meanwhile, Arsenal has agreed to a £50m transfer of Brighton & Hove Albion defender Ben White. The former Southampton player was a part of the Three Lions team that lost to Italy in the finals of the UEFA Euro Championship earlier in July.

Arsenal had lost David Luiz who left the club after his contract expired while the Gunners signed Nuno Tavares from Benfica for £8m.