Koeman: Messi is the Favorite For Ballon d’Or 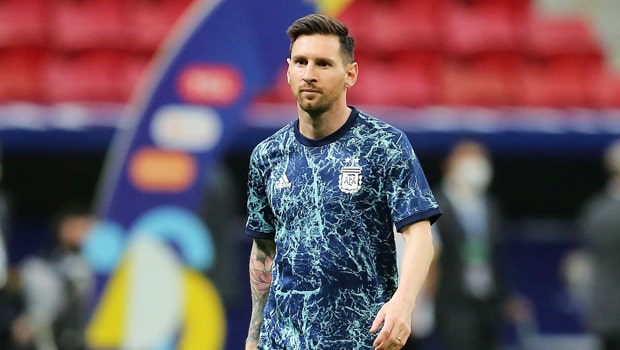 Barcelona manager Ronald Koeman has stated that Lionel Messi remains the favorite for the Ballon d’Or this year after an outstanding year of individual performances.

The Argentine could only win the Copa Del Ray with Barcelona but he was able to break the jinx on the international scene after winning the Copa America with the national team in Brazil this month.

Messi has won the individual prize six times in the past and Koeman believes the 34-year-old’s performances at the Camp Nou and the Copa America is enough to see him win a record seventh Ballon d’Or title.

“He is vitally important. For what he brings to the team, he’s the captain and an example, His goalscoring has been brilliant despite a difficult start. He has shown time and again he is the best in the world. I know how much he wanted to win the Copa América and he has done it at last. Messi is the prime candidate for the Ballon d’Or after a great season and, for me, he is the favorite.” Koeman said.

Barcelona had to endure an uncertain period when Messi’s future hung in the balance with rumors of possible moves to PSG, Manchester City, and the Major League Soccer in the US.

However, Messi sorted his contract situation immediately after the Copa America triumph where he finished top scorer and best player of the tournament.

He then agreed to a pay cut to stay at Camp Nou until 2026. Barcelona needed to reduce their wage bill to sign and register new players which is one of the reasons for Messi’s reduced wage.

Furthermore, the Catalonia-based side is yet to register their new players with Eric Garcia, Sergio Aguero, Memphis Depay, Emerson Royal and Lionel Messi yet to be registered for the new season.