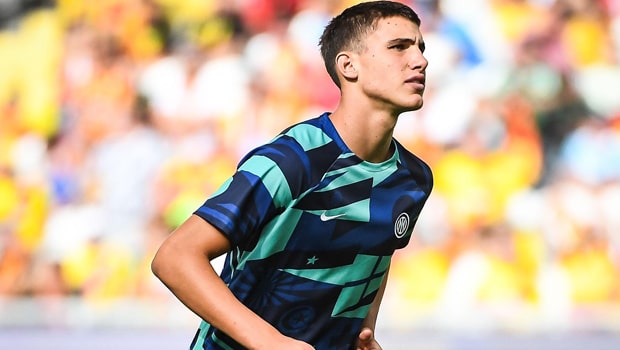 Reports have emanated from Italy that Inter Milan are preparing to make a concrete move for Borussia Dortmund defender Manuel Akanji after reaching an agreement with Chelsea now for Cesare Casadei’s transfer.

According to reports, the Nerazzurri will sell the talented Italian forward for the Blues for around €15m plus €5m in add-ons.

This is seen as a crucial deal for the club as they work to navigate past their financial concerns.

Inter also raised money after selling Andrea Pinamonti to Sassuolo for around €20m as the aim not to lose any first-team stars.

Gianluca Di Marzio pointed out that once Inter have finalised Casadei’s sale to Chelsea, they’ll look to make a serious move for Akanji.

The Nerazzurri are keen to reinforce Simone Inzaghi’s defence but will have to wait for the green light from president Steven Zhang before pursuing the Swiss centre-back.

With a year left on his current deal with the Bundesliga club, the 27-year-old could be sold this month in order to cash in ahead of a possible free transfer next summer.

Ahead of the summer transfer window, it quickly became apparent that the Nerazzurri would need to generate some significant funds in order to offset some financial concerns.

This had made Antonio Conte resign from the job last season as Inter also cashed in on Achraf Hakimi and Romelu Lukaku in high-profile deals.

But Inter did not want to repeat what happened last year. They have headed into the transfer window to avoid losing any first-team players in order to give coach Simone Inzaghi the strongest possible options ahead of another title race.

Although some players might leave, they include Saint-Germain target Milan Skriniar or Denzel Dumfries.

It won’t be a surprise if neither of them moves, as Simone Inzaghi had ruled out any first-team departures recently when he stated that “the transfer market is closed.”

After cutting the wages of Alexis Sanchez and Arturo Vidal, Inter needed to generate some funds from somewhere. Since the duo were relieved from their contracts, Inter didn’t receive a transfer fee for them.