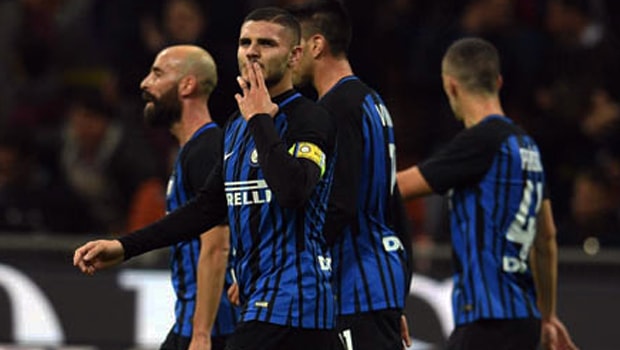 Inter Milan captain Mauro Icardi says his side must learn to kill games off if they are to win Serie A this season.

The Nerazzurri defeated Sampdoria 3-2 on Tuesday but the scoreline only tells half the story as, after they had gone 3-0 up thanks to Milan Skriniar and an Icardi brace, Inter spurned a host of chances, hitting the woodwork three times.

Dawid Kownacki and Fabio Quagliarella scored late on to give Samp a hope of winning but Inter held firm for all three points.

The result sees Luciano Spalletti’s men go top of the standings ahead of Wednesday’s fixtures but just like in Saturday’s 0-0 draw at Napoli, the Milanese outfit failed to make the most of their opportunities.

Inter have not won the title since the famous treble season of 2009-10 and with Serie A seemingly so competitive this term they need to find a way to grind out results.

Icardi admits taking their chances will be key to any hopes of success this season and believes they must avoid leaving themselves in situations similar to Tuesday.

“I am not satisfied and in fact am a bit angry that we kept hitting the woodwork and I got a few final balls wrong. I need to improve on that,” Icardi told Sky Sport Italia.

“We cannot run risks after a game like that by hanging on in stoppages. We know the squad we have and what we can achieve, especially with this exceptional staff. It makes us proud of what we’re doing, but it’s a long road ahead and we must continue on it.”

Inter are 11.00 to win the title, with Napoli the 1.91 favourites ahead of reigning champions Juventus, who are 2.30.