Inter Milan and Roma in talks for Dzeko-Sanchez swap deal 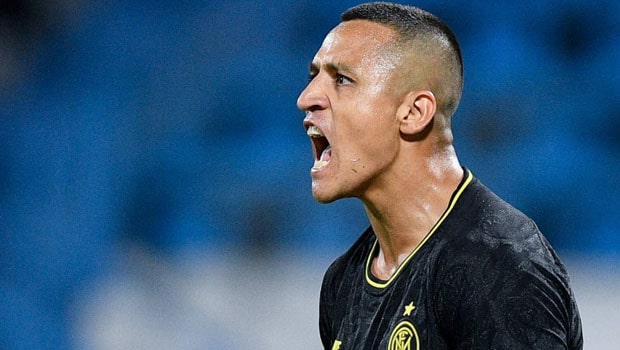 The latest information has shown that Alexis Sanchez might be swapping club again after joining Inter Milan on a permanent deal recently.

The Chilean had joined the Nerazzurri initially on loan from Manchester United before making the deal permanent.

Reports in Italy show that Roma sporting director Tiago Pinto has gone to Milan in a bid to work on a sensational swap deal for the Chilean and their star striker, Edin Dzeko.

According to Tuttomercatoweb, Pinto is in Milan to make sure the deal is over the line.

In an expression of readiness for the deal, Inter’s Sporting Director Piero Ausilio is also at the club’s headquarter, while the CEO Giuseppe Marotta is negotiation the TV rights for Serie A.

Dzeko was about joining Juventus last season as they expected Arkadiusz Milik, who eventually went to Marseille to join them on an initial loan deal.

With the look of things, their Bosnian captain is set to leave Stadio Olimpico as both clubs are interested in the economic details that could produce possibilities of an operation before the transfer window closes in two days.

It will be interesting to see the partnership of Henrikh Mkhitaryan and Sanchez. Coincidentally, they were involved in a swap deal between Manchester United and Arsenal on January 22, 2018.

Meanwhile, Inter is not ready to let Lautaro Martinez leave the club as talks continue between the club and his representatives.

They met on Thursday to continue the negotiations of the Argentine’s renewal. There was a positive outcome in their last meeting, as reported by the Italian media. It is, therefore, expected that the Argentine put pen to paper for an improved deal.

Signing an extension could wade off suitors like Real Madrid and Barcelona.

Calciomercato further reported that the Argentina international is willing to settle for a lower salary than initially requested. His current deal with the club expires in 2024 with an option until 2025.