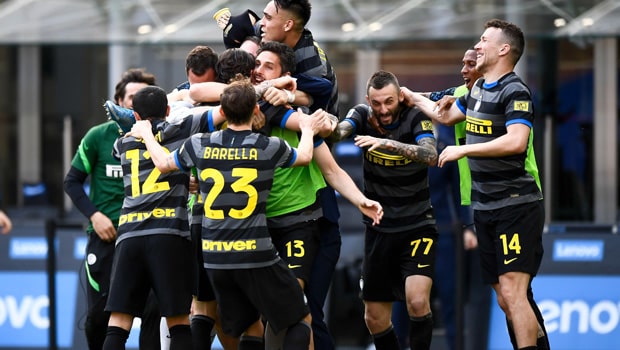 Inter Milan is moving closer to its first Serie A title in ten years with another 1-0 win over Hellas Verona.

Matteo Darmian came off the bench to snatch another slender victory for the Nerazzurri, which took them to 79 points.

Despite being held 1-1 by Spezia and Napoli in their last two games, the Nerazzurri was 10 points clear at the top.

Lautaro Martinez failed to open the scoring with an early chance. The Argentine striker ran onto a flicked-on pass from Romelu Lukaku’sLukaku’s header, only to lob it over the bar.

Good opportunities came the way of Achraf Hakimi as well, but the Morrocan couldn’t utilize them. He curled a shot wide and forced a one-handed save from Marco Silvestri through a daisy-cutter.

Samir Handanovic was also called into action when he used his legs to parry Daniel Bessa’sBessa’s angled drive at the near post while Federico Dimarco’s rebound flashed across the face of goal.

A couple of chances went the way of both sides before Inter finally got a breakthrough through the right-back, who is on loan from Manchester United. In a counter-attack move, Hakimi threaded through for Matteo Darmian, and the defender cut inside a defender to bend the right-foot finish into the far bottom corner.

Verona thought they had restored parity through Faraoni, but the goal couldn’t stand due to an apparent push on Handanovic, although the contact seemed minimal.

In another development, the top four battles of Juventus suffered another blow when they were held to a 1-1 draw by Fiorentina in Florence.

Alvaro Morata came off the bench to rescue a point for the Old Lady after Dusan Vlahovic gave the host the lead through a Panenka-style penalty.

Andrea Pirlo brought in Alvaro Morata and Dejan Kulusevski at the beginning of the second half and went back to 4-4-2 formation. It made an impact as Juve continued to attack, creating several chances in the process.

It certainly made an impact, as the Spaniard restored parity within 31 seconds. Morata swung in what was probably meant to be a left-footed cross,  which luckily bent into the far top corner, leaving Dragowski flapping at thin air.

Juve continued to press for the winner, which could have come in the 84th minutes. Cristiano Ronaldo grazed his head to a Kulusevski cross at the back post, but it went wide.