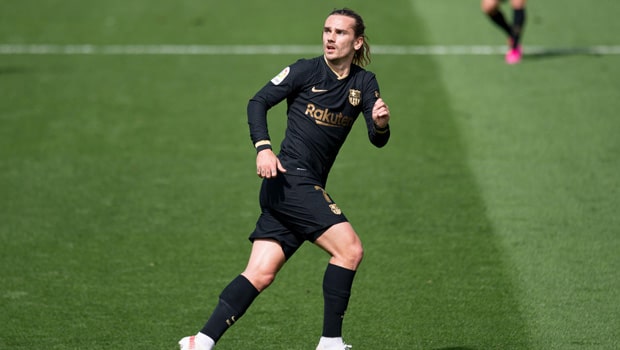 Barcelona had results at the weekend in the La Liga go their way as both Madrid clubs dropped points in their respective games.

Real Madrid failed to defeat Real Betis after playing a 0-0 draw at the Alfred Di Stefano, their third stalemate in their last five games.

The result comes with just a few days before Zinedine Zidane’s men face Chelsea in the first leg of the UEFA champions league semifinals on Tuesday.

Meanwhile, Barcelona had strokes of luck against Villarreal after coming from behind to win 2-1 at the Ceramica.

Nigerian winger Samuel Chukwueze opened the scoring in the 27th minute after rounding up the goalkeeper to slot home from a tight angle.

However, Barcelona equalised and responded immediately as French striker Antoine Griezmann equalised for the Blaugrana the next minute.

Poor defending from the Yellow Submarines handed Ronald Koeman’s side the lead in the 35th minute.

Villarreal were reduced to ten men in the 65th minute of the second half when Manuel Trigueros was red-carded for a poor challenge on Lionel Messi.

Unai Emery’s men will face Arsenal in the first leg of the semifinal of the Europa League on Thursday.

Diego Simeone’s men equalised in the second half with 12 minutes to play through Stefan Savic.

The league leaders lost all three as Athletic Club took the winning goal with just less than two minutes to play.

A win in their outstanding could take them as high as the top of the table and a point more than Atletico Madrid.