Posted by OLADIPUPO MOJEED on November 22, 2021 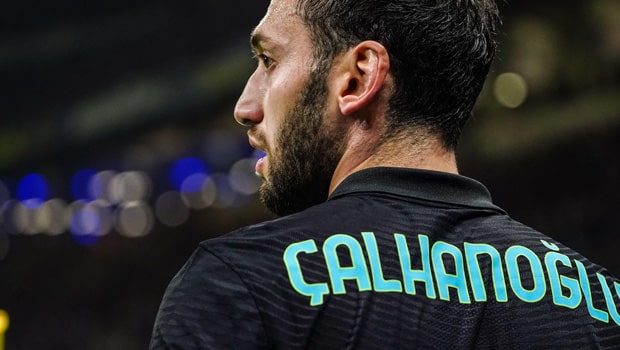 The battle for the Italian Serie A title has been blown open after Inter Milan secured a 3-2 win over league leaders, Napoli at the San Siro

With the battle of third against first, it became even more important after Milan fell to Fiorentina 24 hours earlier.

The hosts were without Stefan de Vrij and Alexis Sanchez, who are on the treatment table alongside Edin Dzeko, who is not fully fit.

The Partenopei on the other hand were without Matteo Politano, Diego Demme and Alessandro Zanoli due to COVID-19 infections. Others out include Adam Ounas and Kostas Manolas.

It was the visitors that went ahead in San Siro as after Lautaro Martinez nodded over the bar and Matteo Darmian drilled wide. Napoli took the lead with a well-worked counter-attacking goal from a move that began from Piotr Zielinski.

Zielinski won the ball back off Nicolò Barella to begin the counter. Lorenzo Insigne rolled a pass across for him to hit it first time into the roof of the net from the D with his right boot.

Milan got back into the game from the penalty spot.  Skriniar. Kalidou Koulibaly was trying to stop Barella’s volley but the ball hit his raised arm.  Hakan Calhanoglu stepped up and converted another spot-kick to equalise.

In the wide-open contest that sees both sides miss opportunities, Inter took the lead just before half-time. Ivan Perisic only needed a touch on Calhanoglu’s in-swinging corner past Ospina, who could only claw the ball away after it had crossed the line.

Ospina was called into action in the second half again but made a fine save on Lautaro Martinez before Skriniar cleared Hirving Lozano’s angled drive off the line.

Inter later got the third through a classic counter-attack. Tucu Correa began the move from the edge of his own penalty area and ran the length of the pitch before waiting for the right moment and released the pass for Lautaro Martinez to spring the offside trap. The Argentine placed an angled drive into the far bottom corner to extend their lead.

Substitute Dries Mertens later reduced Napoli’s deficit to one out of nowhere. Edin Dzeko was robbed of the ball and the Belgian unleashed a spectacular strike from a distance that dipped viciously under the crossbar to score his 103rd Serie A goal. He is now the all-time top scorer in Serie A for Napoli.

Napoli attempted to secure a draw but Mertens’first touch let him down.

Inter could have scored four as well but Dzeko couldn’t tap in the Perisic pull-back.