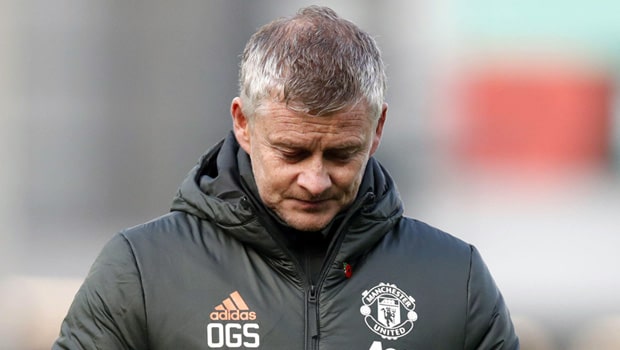 Manchester United have sacked manager Ole Gunnar Solksjaer after the Red Devils lost 4-1 to Watford at the Vicarage road on Saturday. The Norwegian manager has been under intense pressure before the international break having gone three wins in the last 10 games in all competitions.

That includes just a single victory in their last 10 games in the Premier League which has placed the Red Devils in seventh position with 12 points behind league leaders and European champions Chelsea.

While announcing former midfielder and first team coach Micheal Carrick as the interim manager Manchester United, through a statement, thanked the manager for his efforts in the last three years but explained that the decision had to be made after a string of poor results.

“It is with regret that we have reached this difficult decision, While the past few weeks have been disappointing, they should not obscure all the work he has done over the past three years to rebuild the foundations for long-term success.” United said.

The result at the Vicarage road was teased with an early drama after Ismaila Sarr’s retaken penalty was saved by David De Gea. However, the Hornets took the lead in the 28th minute through Joshua King while Sarr got his goal just before half time.

Meanwhile, Liverpool thrashed Arsenal 4-0 with Mane, Jota, Salah and Minamino all scored in the emphatic victory. Chelsea also won 3-0 against Leicester at the King Power Stadium as Rudiger, Kante and were all on the scoresheet.

Newcastle played out a 3-3 draw against Brentford while Norwich came from behind to beat Southampton. Crystal Palace and Burnley played an entertaining 3-3 draw.