Eriksen on his move to Inter: It wasn’t a difficult offer

Posted by OLADIPUPO MOJEED on February 6, 2020 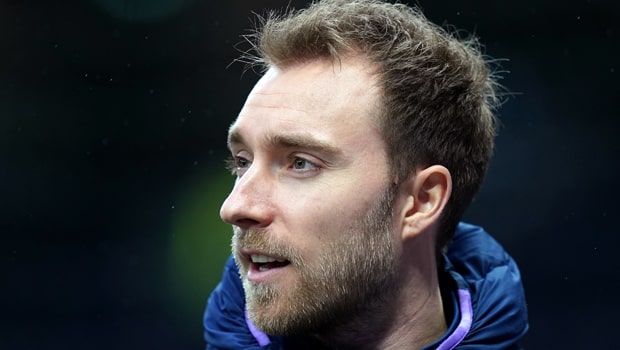 The Danish midfielder added that accepting Inter’s offer was not a difficult thing as he wanted to try a new challenge in a new country.

Eriksen, who had been involved in a transfer imbroglio between his former club Tottenham Hotspurs and Inter eventually joined the Nerazzurri in the final week of the January transfer window in 16m Euros move with six months remaining on his contract with the London club.

Eriksen was introduced by Antonio Conte in the Coppa Italia against Fiorentina and made his first start for the club in the 2-0 win against Udinese last weekend.

In an interview with the BBC,  the 27-year-old also said staying in the Premier League would have been an easy solution, but his decision was down to wanting to try a new challenge in a new country, adding that Inter’s offer made it an easy choice for him.

With the acquisition of the Danish, he has joined former Manchester United players, Romelu Lukaku, Ashley Young, Alexis Sanchez, and Chelse’s Victor Moses, in swapping the Premier League for Serie A.

Describing their moves as funny, the playmaker is happy that he is not the only one who doesn’t understand everything in Italian, saying it’s unusual for so many players to move over to the same club.

While noting that such doesn’t happen often, he said he speaks more with the players that understand the language about where he is going to live, the kind of house he is going to look for, amongst other things.

Speaking further, he said it doesn’t really matter as it depends on the group, describing the group as very lovely.

Speaking ahead of the Milan derby, which he is expected to start, Eriksen noted that facing fellow Scandinavian in Zlatan Ibrahimovic and fellow national teammate Simon Kjaer will be fun.

Inter will be hoping to continue their winning run against their fellow rival on Sunday in a bid to keep their push for the Scudetto after winning their last match 2-1 against Udinese.