Posted by Olumide Akinnifesi on February 6, 2020 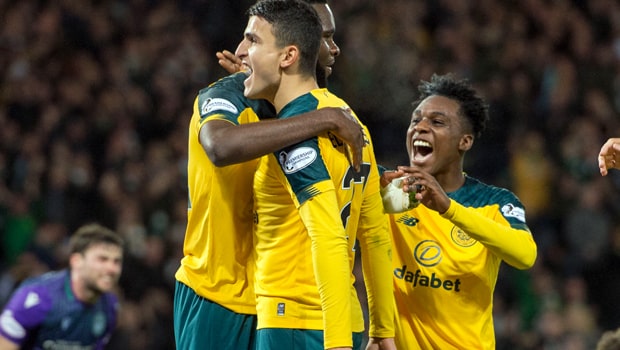 Celtic manager Neil Lennon will be encouraged with the return of Mohamed Elyounoussi, and Jozo Simunovic, who was out due to injury as the Hoops manager will have a fully fit squad to choose from.

There has been a little shift in Celtic’s formation in the absence of the Elyounoussi, which has brought out the goal-scoring best of Odsonne Edouard and Leigh Griffiths. If Celtic keep racking up the points, the manager might not change the winning formula after all.

With the confirmation of the availability of Leigh Griffiths after his alleged “stamping, “the forward will be looking to continue his red hot form as the Hoops continue their charge in cementing their spot on the SPFL table.

Lennon also has the opportunity to restore Ryan Christie to the starting lineup after he sat out the game against Hamilton on the bench, as Oliver Ntcham continues to play a significant role in the attacking department.

Despite the stack of fixtures lined up in this latter part of the season for Lennon’s men, he is not looking to make significant changes to the side as long they’re getting the results.

However, his 3-5-2 system is still at its cradle, and he seems to have a settled lineup. In this formation, Ryan Christie might find himself unlucky to make the first eleven as he was one of the top performers for the club.

The Celtic match against Motherwell will be no pushovers as they currently occupied the third position, 23 points behind the Scottish champions. They will be looking to bounce back from their disappointing 1-0 loss to Livingston last weekend.

The match will be a test of physicality and endurance, but it should be a hurdle to scale through with the top form of Griffiths, Edouard, and Ntcham.