Serie A: Milan sure of Balotelli stay 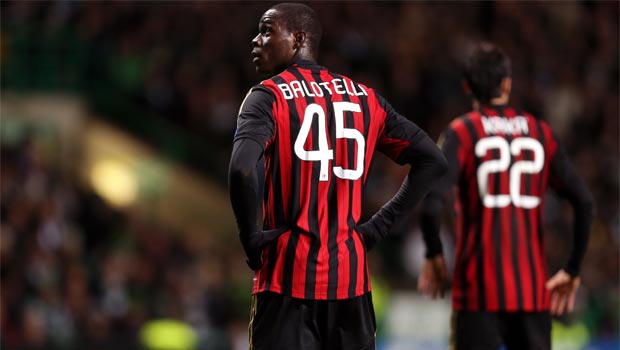 With the transfer window set to open, AC Milan have already moved to dampen talk of the possibility of striker Mario Balotelli leaving the club.

There have been reports originating from Italy that suggest that the forward, who is seldom far from the headlines, could be on his way out of the San Siro after falling out with president Silvio Berlusconi.

Rumours over the future of the 23-year-old have been circling for some time, with the former Inter Milan star believed to have struggled to settle at the Rossoneri, and there has been talk that they could seek to offload him next month.

However, Milan have moved to put an end to such talk and insist that the club will not be entertaining any offers for the controversial star.

“AC Milan deny absolutely and with strength the declarations that would have been referred to the Milan president about an unthinkable collocation of Mario Balotelli on the market,” read a club statement.

“Mario Balotelli is and remains a Milan player.”

Balotelli has failed to hit his previous heights this season, with just six goals in his 12 Serie A appearances, and as a consequence, the team has struggled, with last Sunday’s 1-0 derby defeat to Inter leaving them down in 13th place in the table, just five points above the relegation zone.

Milan could of course try to bolster their ranks when the January window opens and have been linked with a move for Belgian midfielder Radja Nainggolan, currently at Cagliari, although they will face stiff competition from high-flyers Roma for his signature.