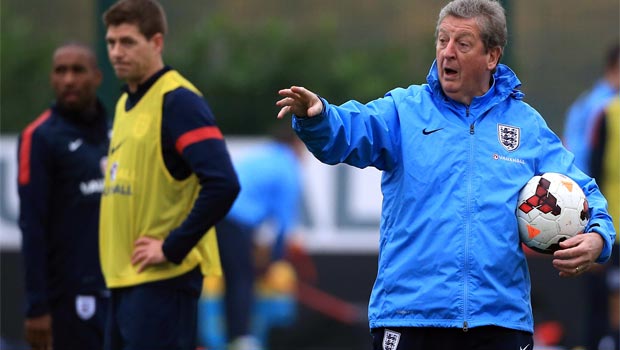 England boss Roy Hodgson has earmarked a place in his World Cup squad for both Ross Barkley and Ravel Morrison but has warned the pair they need to maintain their current level of performance to guarantee a seat on the plane.

There is a little over five months to go before Hodgson has to announce officially his 23-man squad for the showpiece tournament in Brazil next summer, and there is growing speculation that there will be a number of younger players included in the final party.

The England boss is understandably considering his potential options and looks sure to include Barkley and Morrison, providing they are able to maintain their form through the rest of the season.

Barkley has already figured in Hodgson’s plans, having made the squad for the last six games (although only making three substitute appearances), and will be hoping to have more of an impact come the summer after starring for Everton – who beat Southampton on Sunday to climb back into the top four – this season.

Morrison is also enjoying a breakthrough season at West Ham and, having been capped at Under-16 through to Under-21 level, is expected to make his mark at some point for the England senior side.

“What they have to do – those two players – is realise that we do have great faith in them,” Hodgson told BBC Radio 5 Live’s Sportsweek programme.

“We do have enormous admiration for their talent and we believe that they are going to be exceptional players.

“What they have got to do is keep performing week in and week out and they have got to make certain that they are on that team sheet every week keeping more experienced players out of the team.

“If they continue to do that then come May their names will be in serious discussion with us as well.”

There may well be another rising star included in the final squad as Hodgson revealed that, at the moment at least, Liverpool’s Raheem Sterling, Norwich’s Nathan Redmond and Wilfried Zaha of Manchester United are others under consideration.