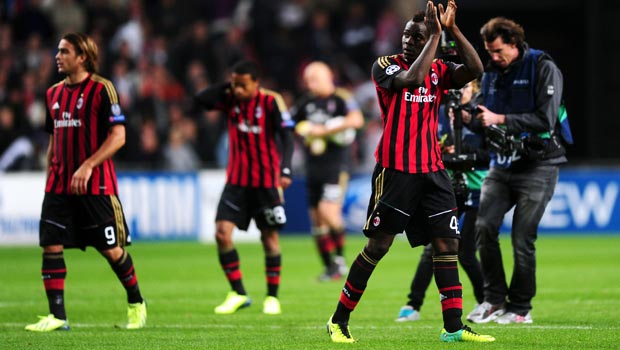 AC Milan will be confident of picking up a much needed win as they take on Sassuolo in Reggio Emilia this evening.

Milan are in the middle of a poor season by their standards, currently lying in 11th place in the Serie A table, and this is only because they managed to beat Atalanta 3-0 last week, with the scoreline somewhat flattering the former Champions League winners.

To be fair, the Rossoneri have had to endure plenty of injuries and absences for one reason or another, with the likes of Stephan El Shaarawy and Valter Birsa sidelined, and Sulley Muntari suspended.

However, on a brighter note, Mario Balotelli is set to return from illness, and recent signing from CSKA Moscow, Keisuke Honda, may appear at some point to show off his midfield skills against a side that has found life tough in the top tier.

Sassuolo, last season’s Serie B champions, are in the bottom three and have lost each of their last four matches. They have the worst home record in the league, and already look doomed to drop back down at the end of the season.

They do have some good young players such as Simone Zaza, Domenico Berardi and Luca Marrone, but the defence has been a big let-down, leaking on average two goals per game, and for tonight’s encounter they will once again be without main centre-backs Francesco Acerbi and Emanuele Terranova.

If Kaka can find some form then Milan will enter the tie as favourites as they aim to build a run which would enable them to climb the table.