Serie A: Injuries mount up for struggling Milan 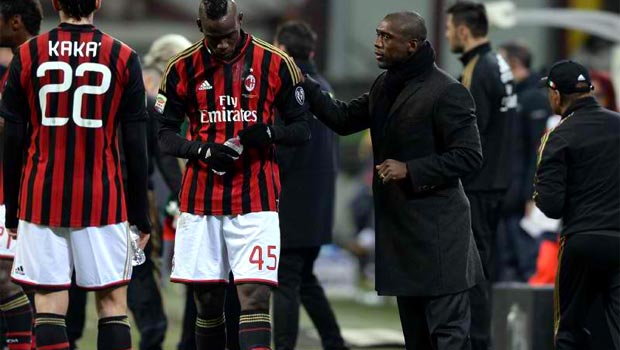 AC Milan boss Clarence Seedorf will have to deal with a lengthy injury list when he selects his team to face Bologna on Friday night.

The former Netherlands international is still in his honeymoon period as Milan coach, having replaced Massimiliano Allegri last month, but anything less than three points against the Rossoblu will be considered unacceptable by the home faithful.

There would normally be a sizeable gap in league positions between these two clubs but, such is the fall from grace of the San Siro outfit, they will go into the fixture 11th in the Serie A table and just eight points ahead of Davide Ballardini’s side.

Seedorf has inherited an average squad but can do nothing about the players who are missing, with Urby Emanuelson, Robinho and Daniele Bonera now on the treatment table and ruled out of Friday’s encounter.

Stephan El Shaarawy, Bryan Cristante, Valter Birsa and Matias Silvestre are all long-term absentees but Cristian Zapata is back in the squad.

The fixture has been brought forward to aid Milan’s chances in the Champions League, as they take on La Liga high-flyers Atletico Madrid next Wednesday in the first leg of their last-16 clash.

But Bologna will arrive in Milan full of confidence having come from behind to beat Torino 2-1 in their last Serie A outing, and can be backed at 8.42 to walk off with all three points.

They are just four points above the relegation zone and will see this match as one where they could cause a shock, as Seedorf and his under-pressure charges may already have one eye on their European adventure next week.