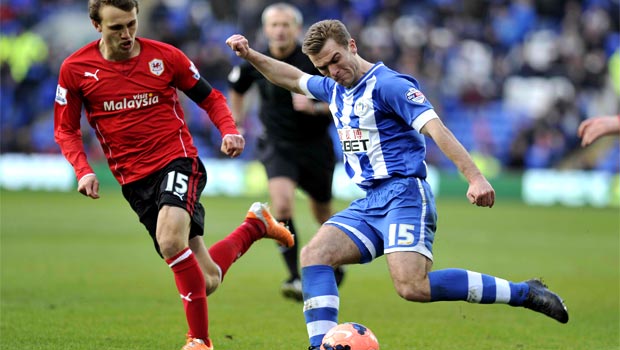 Wigan Athletic boss Uwe Rosler admits his side are underdogs in their FA Cup clash with Cardiff City but has backed his players to do the business.

The north-west outfit are the holders of the famous trophy as Roberto Martinez led them to glory last season before the club fell into the Championship and he moved on to Everton.

But they are making a decent fist of defending their crown and beat Premier League side Crystal Palace in the previous round to earn a trip to the Welsh capital.

Wigan, who are priced at 3.19 to win the match, have been in decent form of late with four league wins from their last seven matches, and Rosler, who replaced Owen Coyle at the helm two months ago, has made it clear that his men will not take a backward step this weekend.

“We are going to Cardiff to win the game,” he told Talksport. “It is important we express ourselves and attack them.

“We have nothing to lose – they are the favourites. If we do our bit well, we have every chance.”

Cardiff boss Ole Gunnar Solskjaer, whose side are on offer at 2.19 to win the fifth-round clash, looks set to make changes to his side as Kenwyne Jones and Fabio are cup-tied, while Craig Bellamy is suspended.

Spanish defender Juan Cala will make his debut while the boss may opt to hand starts to the Norwegian trio of Magnus Wolff Eikrem, Mats Moller Daehli and Jo Inge Berget.

For Wigan, Nicky Maynard is unable to face his parent club, while Rosler could hand recalls to Callum McManaman and Marc-Antoine Fortune.