Posted by OLADIPUPO MOJEED on September 13, 2021 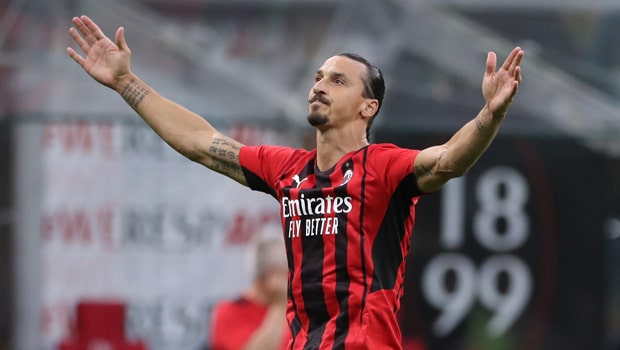 After being out of action for four months, AC Milan talisman, Zlatan Ibrahimovic, put his name in the history book by becoming Serie A’s oldest foreign goalscorer when he netted for the Rossoneri during their 2-0 victory against Lazio.

A late drama also saw Lazio coach Maurizio Sarri red-carded after Ibrahimovic forcefully rubbed Lucas Leiva’s head. The former Juventus manager was given the marching order after running onto the pitch to remonstrate.

Ibrahimovic, who is 39 years and 344 days old, has surpassed Bruno Alves’ record as the oldest foreign player to score in Italy’s top flight.

The former Manchester United, Barcelona, Inter Milan and Juventus striker, who has been sidelined by injury since May due to a knee injury, has now scored in 24 different league seasons. He started his career in the 1998-99 season in the Swedish league.

Reacting to his exploit, Milan coach Stefano Pioli said the former Barcelona striker never gets old, describing him as a player with great passion, a fire burning inside him to do more.

Pioli, who described the former PSG striker as a competitor who likes winning, said Ibrahimovic usually trains to the maximum with pleasure.

Net on the schedule of Milan is a clash against Premier League side Liverpool in their opening Champions League group stage game on Wednesday.

In another development, Roma boss Jose Mourinho won his 1,000 games when he led the Gialorossi to win Sassuolo. The former Manchester United manager’s side won the game through an injury-time goal from Stephan El Shaarawy. The Italian striker got them the maximum points with his 92nd-minute striker to maintain his side’s 100% record this season.

Bryan Cristante had put the hosts ahead in the 39ths minutes before Filip Djuricic restored parity for Sassuolo in the second half.

Roma currently tops the Serie A log ahead of Milan and Napoli on goal difference.