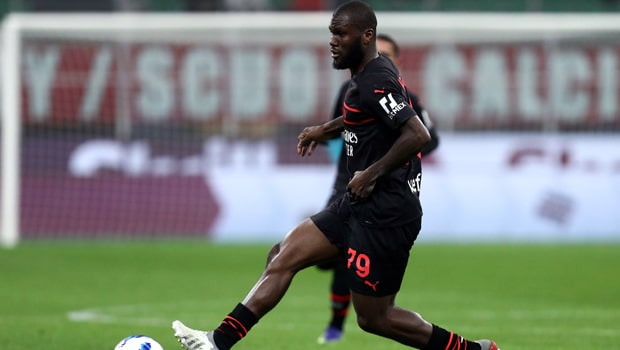 Barcelona has secured the services of Ivorian AC Milan midfielder Franck Kessie after reaching an agreement to bring the midfielder to Camp Nou.

Kessie’s contract with AC Milan will expire at the end of the season, and has already had a medical with the La Liga side.

Barcelona have financial issues, which restrict their salary cap, but a new partnership with Spotify has helped them get ready for new deals ahead of the summer.

Reports indicate that Barcelona will pay the Ivorian midfielder 6.5 million euros every season for the four seasons agreed.

Kessi was linked to other clubs, but has now completed a medical in Switzerland with Barcelona, and will be the first of the many bossman moves by the club.

Barcelona did some shrewd business last summer and January when they bought in the likes of Ferran Torres and Sergio Aguero from the Premier League, although the latter retired abruptly due to health issues.

Eric Garcia, Memphis Depay, Pierre Emerick Aubameyang, and Daniel Alves are some of their recruits from recent transfer windows.

Barcelona is still hoping to sign the likes of Andreas Christensen, Cesar Azpilicueta, and Noussair Mazraoui in the summer.

Led by Xavi, Barcelona has had a change of fortunes compared to the way the team started the season as they fell way off the top four in the La Liga and a group stage exit in the UEFA Champions League.

However, after getting past Napoli and Galatasaray in the UEFA Europa League, the team will now face German side Frankfurt in the next round of the competition.

The club also beat Real Madrid in the El Clasico at the weekend to reduce the point deficit between themselves and Real to 12 points.

Barcelona still sits in third leveled on points with Atletico Madrid, who sit in the fourth position.