Brahim Diaz Joins Milan on loan, while Vinicius wishes to stay at Madrid 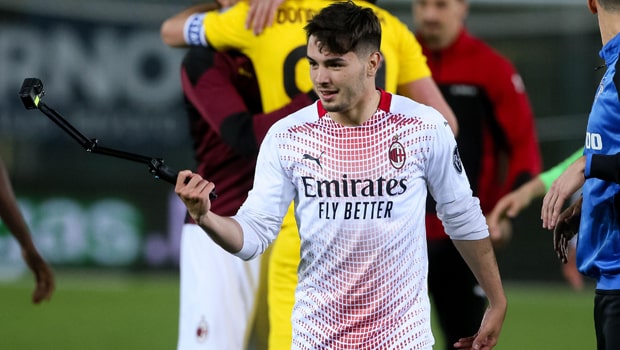 Diaz enjoyed a fine 2020/2021 season with the Seria A side making 39 appearances and scoring 7 times in all competitions. Apparently, the San Siro side enjoyed his services and was delighted to announce his return via an official statement released on Monday.

“AC Milan is delighted to announce the signing of Brahim Abdelkader Díaz from Real Madrid CF on a temporary basis for two years. The contract ties the football player to the Rossoneri Club until 30 June 2023, Brahim, after scoring 7 goals in 39 appearances with AC Milan last season, will continue to be a Rossoneri player, wearing the number 10 jersey.” the club revealed in a statement.

Diaz was with Manchester City but moved to Real Madrid in 2019 for £15.5 million albeit his time at the Santiago Bernabeu was short and with limited appearances.

Brahim Diaz made just 15 appearances at the Bernabeu before moving to Italy in the January of 2020.

Also, there is no option to buy at the end of the loan deal in the agreement between the Italian and the Spanish side with the player still expected to have a future with the Los Blancos.

Meanwhile, Brazilian forward Vinicius Jnr has indicated his wish at staying back at the Santiago Bernabeu despite the interests coming from Manchester United.

Reports indicate that the player is in the bigger picture and plan of new Real Madrid coach Carlo Ancelotti and the club’s hierarchy.

Meanwhile, it was also stated that there is no negotiation for the player between Manchester United and Real Madrid.