Bennacer rescues a point for AC Milan against Atalanta 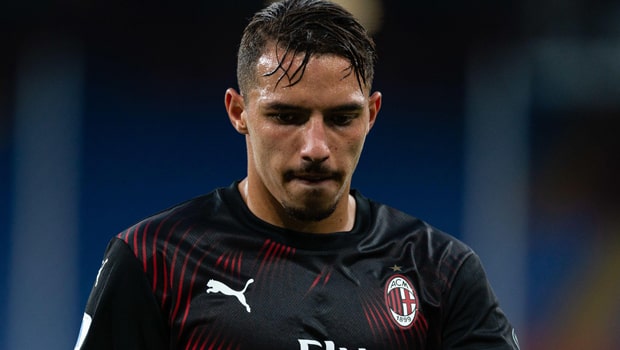 ON SUNDAY, Serie A champions AC Milan fought back to secure a 1-1 draw against Atalanta in Bergamo in the Week 2 clash of the league.

Ismael Bennacer secured the point for Diavolo after cancelling out the Ruslan Malinovskyi opener.

Thus, the first big game of the Serie A season ended with both Milan and Atalanta sharing the spoils in Bergamo.

AC Milan welcomed Sandro Tonali to the side after returning from injury, replacing the hurt Rade Krunic.

Olivier Giroud and Divock Origi are not fully fit to start, and Zlatan Ibrahimovic is out until 2023.

On the part of La Dea, Ederson and suspended Jose Luis Palomino were out, and they surprisingly started Ruslan Malinovskyi amid his unclear future. There are transfer speculations surrounding the Ukrainian player who might leave the club before the summer window shuts.

Unmarked Junior Messias had the opportunity of opening the scoring chat but hit the side-netting.

Then, Malinovskyi broke the deadlock as he enjoyed far too much time and space on the edge of the area to sweep the ball with his ferocious left foot. The ball was aided by a deflection off Pierre Kalulu’s knee.

Kalulu’s header was sent off target. Hateboer was booked for a very high tackle on Leao, but the unmarked defender’s header was over the bar from six yards on the resulting free kick.

As Milan continued the search for an equaliser, Hateboer also wasted a promising header, while Leao’s ferocious curler from outside the box skimmed the upright as it bent inwards.

Mario Pasalic wanted to double the hosts’ lead but was stopped from a fingertip safe from Mike Maignan.

After waves of attack and possession, Milan equalised.

Muso parred Bennacer’s first attempt from outside the box, but the ball bounced off the corner flag to stay in play.

Alexis Saelemaekers laid the final pass, and Bennacer scored at the second attempt with a precise angled drive.

Both sides continued to look for the winner but eventually settled for a draw.