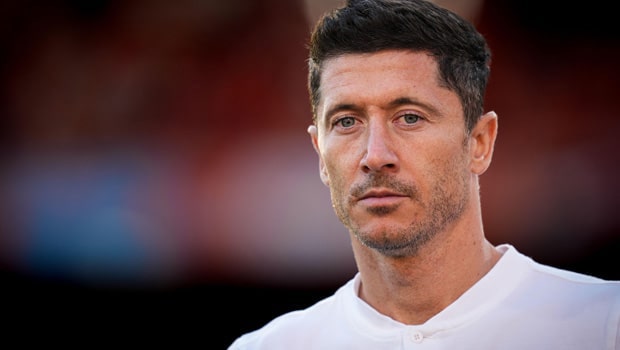 Poland striker Robert Lewandowski scored his first set of Barcelona goals on Sunday evening when the Catalonians secured a 4-1 win in their second La Liga game of the season.

Barcelona secured the services of the Poland striker from Bayern Munich at a fee worth around £50M even though he had a year left on his contract at Bavarians.

Lewandowski scored his first Barcelona goal in the pre-season against Mexican side U.N.A.M Pumas earlier in August, and he was also registered on time to make his La Liga debut in a 0-0 draw against Rayo Vallecano.

Despite being silenced in the opening game against Rayo, he was not to be denied against Real Sociedad as he scored in the first minute of the game.

However, the hosts equalized five minutes later through Alexander Isak equalized. Both sides then went into the break level, but immediately, Ansu Fati was introduced into the game in the 64th minute, and his influence on the game was felt.

He provided the assist for Ousmane Dembele’s goal in the 66th minute before creating another for Robert Lewandowski two minutes later.

The Spanish youngster then got a goal of his own in the 79th minute for a comprehensive Barcelona victory, their first win of the season.

Meanwhile, in other games, Villarreal left it very late to hit Atletico Madrid with a 2-goal loss. The Yellow Submarines scored two late goals through Yeremi Pino and Gerard Moreno to win the game.

In the other Sunday game, Athletic Club beat Valencia 1-0, while on Saturday, Real Madrid had no problem in dispatching Celta Vigo away from home in a 4-1 result.

Penalties from Karim Benzema and Iago Aspas opened the scoring for both sides before Luka Modric put the Los Blancos in the lead before halftime.

Vinicius Junior and Federico Valverde completed the 4-1 win for the defending champions.