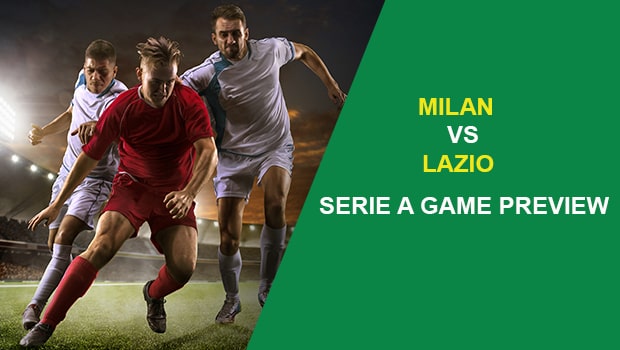 Two teams off to perfect starts clash with first place in the Serie A on the line when AC Milan hosts Lazio on Sunday. AC Milan is coming off a 4-1 home win against Cagliari on August 29 while Lazio beat Spezia 6-1 at home on August 28. AC Milan is in fourth place with six points in two games while Lazio leads the Serie A, also with six points in two games but with a better goal differential.

Keep an eye on the status of AC Milan forward Olivier Giroud, who tested positive for Covid-19 recently and was left out of France’s squad for the current round of World Cup qualifiers. Giroud joined AC Milan from Chelsea in the offseason and scored his first two goals in the Serie A in the 4-1 victory over Cagliari 4-1 on August 29. AC Milan said Giroud “is doing well” but must remain in isolation. AC Milan could welcome back Zlatan Ibrahimovic, though. He has not played since injuring his knee in May and needing surgery.

The player to watch in this game is Lazio striker Ciro Immobile, who has four goals in two games this season. AC Milan will have Mike Maignan as their starting goalkeeper, in only his third game in the Serie but he was vital for Lille last year, helping them win the Ligue 1 title with 21 clean sheets. Immobile against Maignan will be a fun to watch matchup. Let’s take a closer look at where the value is at in this contest.

Momentum: Lazio has been on an upward trend — with 2 straight wins in the Serie A.

Head-to-Head: These two sides last matched up in Serie A action on April 26 and Lazio won 3-0.

Four-star (out of four) AccuScore hot trend pick on AC Milan in this one. Average score in simulations is AC Milan 1.75 to Lazio 1.04.