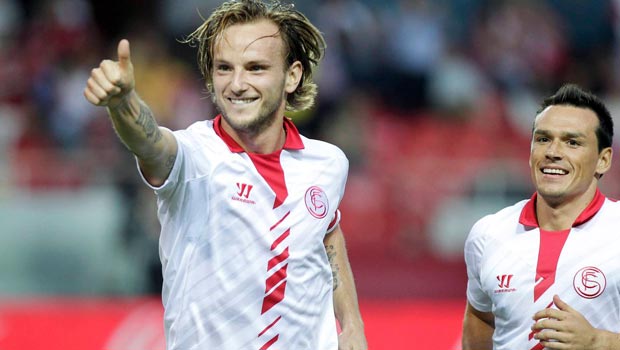 Sevilla captain Ivan Rakitic is confident that his side can muster one last effort and claim victory over Benfica in the Europa League final on 14th May.

Los Rojiblancos enjoyed a relatively comfortable path into the last 32, claiming three wins and draws alike in the group stage, finishing ahead of Slovan Liberec who were runners-up.

Events got a lot tougher for Sevilla in the knockout stages though, with a hard-fought 4-3 aggregate win over Maribor followed by a penalty shoot-out victory against Real Betis in the last 16 putting the Spanish side into the quarter-finals

Unai Emery’s side produced a much more convincing performance against Porto to reach the semi’s, running out comfortable 4-2 aggregate winners, but it was the following match against Valencia where the nerves were really jangling.

After earning a 2-0 advantage in the first-leg, Sevilla looked well on course for a final spot only for their Spanish rivals to score three without reply in the second match, and leave Juan Pizzi’s team seconds from victory, but there was more drama to come when Stephane Mbia fired in a 94th-minute winner to send The Red and Whites into last two of the Europa League.

With all the drama and excitement that has been witnessed throughout Los Rojiblancos’ campaign this season, Rakitic is hoping that they can manage to pull off one last result against Benfica on Wednesday.

“We have a lot of confidence, which I think we should do. If a team like this gets to the final, it’s obvious that we want to win. We have been working for more than nine months just to be here but of course Benfica are a team with a lot of experience, they have played a lot of finals,” he said.

“Last year they were in the same situation and we respect 100% the strength and quality they have, but we have to think about ourselves and think of everything we have to do.”

Sevilla are slight outsiders at 2.61 to lift the trophy, with opposing team Benfica fancied more at 1.68 to go one better than the runners-up medal they received last year after defeat to Chelsea.