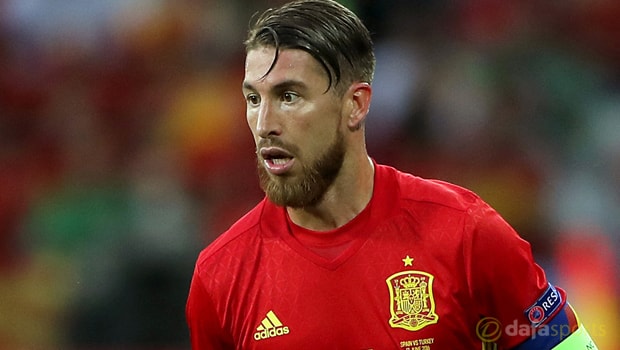 Sergio Ramos admits Friday’s 2018 World Cup qualifier with Israel will be “very important” to Spain’s chances of making it to Russia.

La Roja currently sit ahead of Italy on top of a competitive Group G courtesy of their superior goal difference, while the Israelis are a single point behind the pair.

With Albania also in the pool, there looks set to be plenty of drama between now and the end of qualifying but Friday’s clash in Gijon could have a huge bearing on both nations’ chances of making it to Russia.

Spain, who are 1.36 to top the group, have faltered at recent major competitions and boss Julen Lopetegui has tried his best to inject new blood into what had become an ageing squad under his predecessor Vicente del Bosque.

Ramos has taken the armband from Iker Casillas in recent months and seems to have relished the extra responsibility of leading his country.

The 30-year-old won his 100th cap in Gijon back in 2013 and is hoping to generate more fond memories on Friday.

Ahead of the match, the Real Madrid star has admitted it is a huge game for his side, with victory paramount if they are to top the standings.

He said: “Israel? We’re flying out to Gijon, a place that brings me good memories, where I played my 100th game for Spain and where I was able to score.

“We’ll see if things go well for us again because it’s a very important game for how the group pans out.”